JOHN COCKAYNE: Damn these oracles’ talk of four funerals minus a golf cart 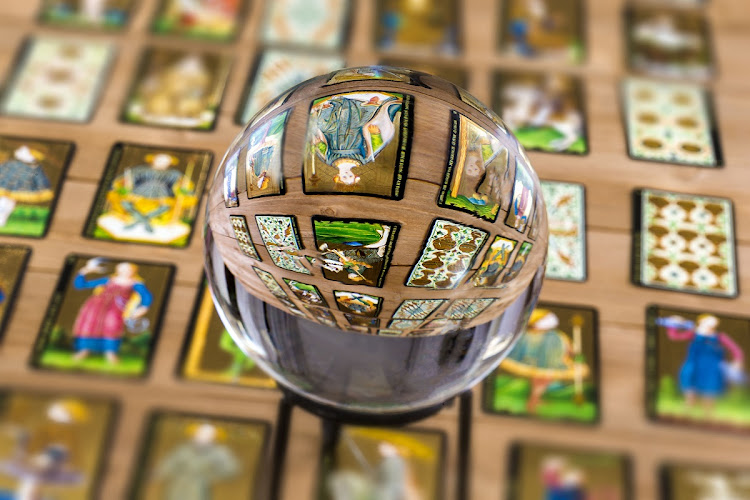 The phrase yakety-yak might excite some readers, probably hoping that it is some sort of mantra or quick fix to address golf swing problems. Sadly, it is only a reference to the noise made by the “talking heads” whose utterances bedevil us all in our daily lives.

These talking heads are also not the rock band, although being “on the road to nowhere” seems an appropriate anthem for the times. However, they are those that fill our world and ears and eyes on the radio, TV and social media, with their mutterings and theories.

The majority of this “breed” is similar to the soothsayers of old or the Roman Oracle, who dispensed their “wisdom” to the masses gullible enough to be taken in by their musings and pronouncements.

Fast-forward 2,000 years and not much has changed. Instead of oracles and sybils, we now have a modern breed of crystal ball gazers that is remarkable for its tenacity, while seemingly impervious to the consequences of being wrong.

For example, the financial subset of the breed did not see the crash of 2008 coming. They did not know its origins and were still not quite sure of what it was after about a year of its being with us. Nor were they clear about its real impact on the world’s economic structure, years after pronouncing that the “event” was in fact now over.

Most political versions of the type certainly did not see a Donald Trump coming and I wonder how many are pronouncing on his re-election chances. Despite his abysmal performance at so many levels, do not bet against a second term, quite yet, given the US’s determination to shoot itself in both feet at every possible opportunity.

Their performance during the pandemic has been seriously underwhelming, especially when functioning as highly paid advisers to governments. Comments from a number of politicians suggested they did not need to consult experts to be able to implement the best protocols to safeguard their nations’ health.

The golfers, smokers and drinkers among us in SA, whose diversions were banned, albeit with some bans longer than others, may not agree, but perhaps our politicians had a point, as throwing the bones was at least the intellectual equivalent to seeking advice from any of the talking heads.

The latest “news” from this fount of knowledge concerns the effect of the pandemic on society’s work habits. Some reports would have us believe a quantum shift has occurred and everyone will now work from home. Office space requirements will shrink to pre-20th century levels and office tower blocks will become vertical ghost towns.

Mass transport systems, such as the UK’s new multibillion pound rail project, will also become redundant, as no-one will commute nor, it would seem, ever leave home again during working hours.

This may shock many, but like golf, working from home effectively takes a lot of practice if you want to be any good at it. As a golf management consultant, I have worked from a home office, of various sizes and layouts, for more than 30 years. Although two-thirds of my business activities shut down from the pandemic protocols, my working routine remained largely unaltered.

My commute, about 6m along a passage, involves the challenges of a grumpy cat; however, there is no other traffic or noise to speak of, other than the humming of my PC, or from the ideas in my head.

It may all sound idyllic to the uninitiated, but for most people the stimulus of an office space is like oxygen and the isolation of a home working environment can be unnerving and lacking in energy. Be in no doubt, successful work-from-homers are self-starters of the highest calibre.

In golf management, the lockdown was characterised by an upsurge in virtual meetings. The realities of this shift, on those who seem to have trouble opening e-mail and responding to messages, must have been seriously disconcerting — like a glass of ice-cold water in a mouthful of bad teeth — and a colleague in England reports of much “deadwood” being pruned in club management terms.

Fortunately, golf is about hospitality, although many still seem unable to grasp this fact, and requires very physical interventions, such as watering the grass and mowing greens and fairways. However, listening to the seemingly inexhaustible outpourings from the talking heads, the pandemic’s aftermath will see golf as a virtual sport, played only on-line and in simulated environments.

To paraphrase WH Auden’s poem “Funeral Blues” (further popularised in the eulogy during the film Four Weddings and a Funeral), golf’s future might well look like this ...

Stop all the mowers, close down the time sheet,

Bar the clubhouse doors with a large padlock,

Silence the mowers, and garage them all,

Sell off the cart fleet and let the sheriff come.

The flags are not wanted now; take away every one,

Pack up the carts and dismantle the range,

Roll up the greens and stop waiting for rain;

For no golfers will ever trouble these fairways again.

JOHN COCKAYNE: The making of a destination ... Fancourt ready to lead the way

JOHN COCKAYNE: No better time for you — and the family — to take a golfing holiday

As provincial borders are now open, golfers have a wide variety of courses to choose from for a break
Opinion
10 months ago

JOHN COCKAYNE: Many Golf clubs fail to build their brand image around their names

1.
Indian Premier League to resume in September
Sport / Cricket
2.
Tatjana Schoenmaker issues warning to rivals as ...
Sport / Other Sport
3.
Boks to play double-header at their fortress in SA
Sport / Rugby
4.
Schoenmaker chalks up her third national record
Sport / Other Sport
5.
SA have themselves to blame after loss to France
Sport / Soccer

JOHN COCKAYNE: All the elements work together

1.
Indian Premier League to resume in September
Sport / Cricket
2.
Tatjana Schoenmaker issues warning to rivals as ...
Sport / Other Sport
3.
Boks to play double-header at their fortress in SA
Sport / Rugby
4.
Schoenmaker chalks up her third national record
Sport / Other Sport
5.
SA have themselves to blame after loss to France
Sport / Soccer

JOHN COCKAYNE: All the elements work together