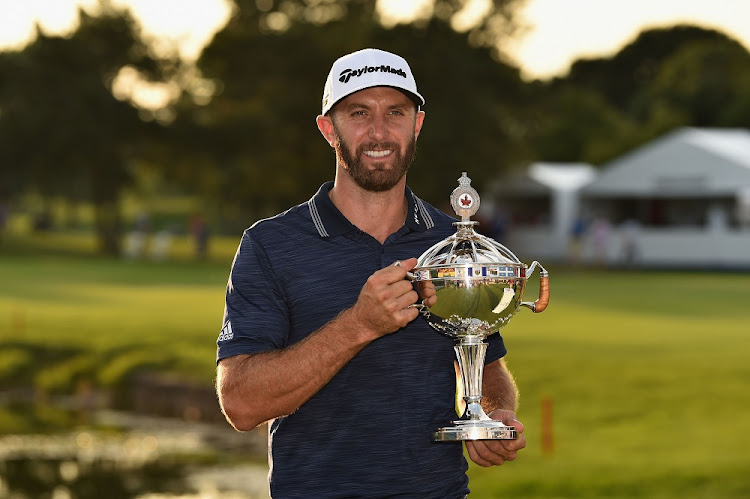 Toronto — Dustin Johnson made sure he did not squander a final round lead again, romping to an 11-shot victory at the Northern Trust Open on Sunday and taking back the world No 1 ranking with the 22nd win of his career and second of the season.

Two weeks after entering the last round of the PGA Championships with a one-stroke advantage and unable to close the deal, Johnson was under far less pressure at TPC Boston, but he ensured there would be no repeat, turning a five shot 54-hole cushion into a commanding 11-stroke victory.

“Obviously you can learn some stuff from the PGA, but I didn’t feel like I really did anything wrong at the PGA. I played pretty solid on Sunday,” said Johnson. “Generally, you shoot 68 on Sunday in a Major with the lead on a tough golf course, you’re going to win most of the time.”

If anyone in the field was harbouring thoughts of reeling in Johnson, the 36-year-old American quickly put those to rest when he opened his round with an eagle on the par five second and added four birdies to go six-under on his outward nine.

From that point the only one rain on Johnson’s party was from Mother Nature who forced a weather delay with two holes to play.

Johnson completed his round with a birdie on 18 for an eight-under 63 and a winning total of 30-under 254, leaving Harris English a distant runner-up on 19-under.

Johnson’s 30-under fell just one stroke short of the PGA Tour record for most strokes under par.

English made a brave attempt early on to keep pace with Johnson, dropping four birdies on his outward nine, but in the end was helpless, signing for a 69 as a rampaging Johnson pulled away.

Daniel Berger (67) finished alone in third 12 off the pace with Kevin Kisner (66) and Scottie Scheffler (71) one further back.

“It is a big margin, and I’m definitely really proud of that. I played really good,” said Johnson. “I’ve never shot 30-under in four rounds. Just something that I wanted to do.”

Tiger Woods, fighting for enough points to secure a spot in the FedExCup final in East Lake, Atlanta, helped his cause by signing off with his best round of the year, a five-under 66.

Woods did all his work on the front nine with four straight birdies to open his round and five in his first seven holes. But the 15-time Major winner could not sustain the momentum, his charge stalling after the turn with nine straight pars to finish at six-under, a huge 24 shots back of Johnson.

Rory McIlroy, the defending FedExCup champion, closed out a disappointing week with a two-under 69 to leave the Northern Irishman just four from the bottom of the leader board.

This week’s tournament was the first of three playoff events that culminate with the September 4-7 Tour Championship in Atlanta and the $15m prize to the FedExCup champion.

Only the top 70 in the standings after this week go on to the BMW Championship at Olympia Fields outside Chicago, and from there the top 30 move on to Atlanta.