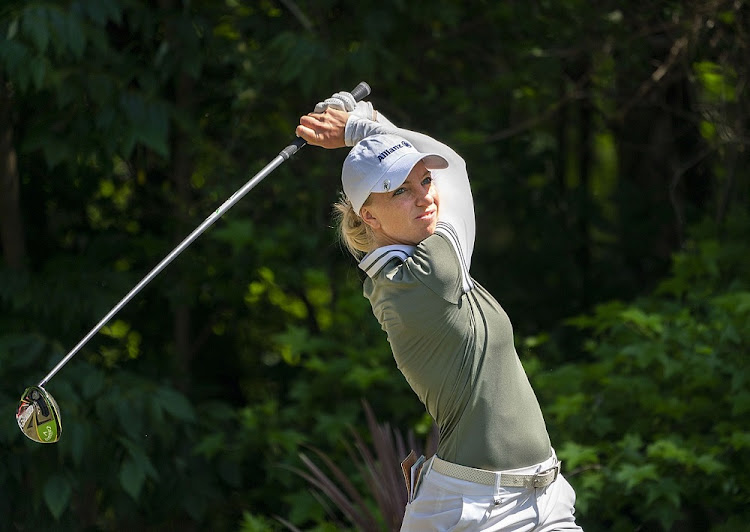 Popov, the world No 304, started the day with a three-shot lead but kicked off in inauspicious fashion, bogeying the first hole after landing in a bunker off the tee before bouncing back with birdies on the second and third.

The 27-year-old made another birdie on the sixth to turn in 34 and added two more on the 15th and 16th before closing with a bogey on the 18th — with victory already assured — and finished on seven-under for the tournament.

Germany’s first female major winner said after the victory that she had almost quit playing in 2019.

“There has been a lot of struggle over the last six years and I was just glad I was able to overcome it,” Popov added. “I got here on Tuesday and I knew my game was in really good shape. I took that belief into every round but I didn’t expect this. I was glad I could get it done.”

Popov, who caddied for her friend Anne van Dam on the LPGA Tour earlier in August before qualifying for the Open with a top-10 finish at the Marathon Classic, had to hold her nerve as Suwannapura mounted a final-day charge.

The Thai made four back-to-back birdies on the front nine to turn in 32 and close the gap on the leader, but her hopes faded after bogeys on the 11th and 13th holes.

Suwannapura birdied the 16th and 17th to sign for a four-under 67 and finish on five-under for the tournament, two shots clear of Australia’s Minjee Lee in third.

South Korea’s Inbee Park, the 2015 champion, mixed seven birdies and two bogeys for a 66 to claim fourth place, two shots behind Lee as the only other player to end the week under par.

No players get to tee up in any professional golf tournament unless they have earned the right to be there.
Sport
7 months ago

The American joins Nicklaus, Woods and McIlroy as the only players since World War 2 to win the PGA Championship at age 23 or younger
Sport
8 months ago