Marco Andretti has his excited grandfather hitting the roof 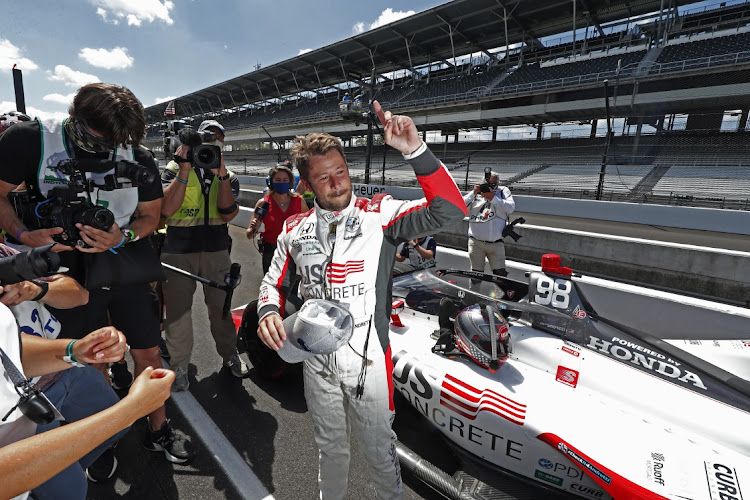 IndyCar Series driver Marco Andretti reacts to winning the pole position after qualifying with the fastest four lap average during the Fast Nine Shoot during qualifications for the 104th Running of the Indianapolis 500 at the Indianapolis Motor Speedway. Aug 16, 2020; Indianapolis. Picture: BRIAN SPURLOCK/USA TODAY Sports

New York — A member of the Andretti family won pole position at the Indianapolis 500 for the first time in more than three decades on Sunday, as Marco Andretti beat eight other drivers during a qualifying run.

The 33-year-old Andretti said he was screaming in his helmet after the win until he began to lose his voice.

“Everybody is thinking I’m crying, but I just can’t talk right now. I was emotional. We put so much into it,” Andretti said. “This place means so much to us as a family.”

The elder Andretti said in a televised interview: “I’m happier now than I’ve ever been.

“When he crossed that line and he was on pole, I jumped so high that I hit my head on the ceiling — and it’s a nine-foot ceiling,” said the Hall of Famer, considered one of the greatest drivers in the history of the sport.

Marco will contend the Indy 500 on Sunday in a race unlike any seen in years past, with organisers forbidding fans due to the coronavirus outbreak, and the race itself taking place three months after it was originally scheduled.

Perez to race in Spain after negative Covid-19 test