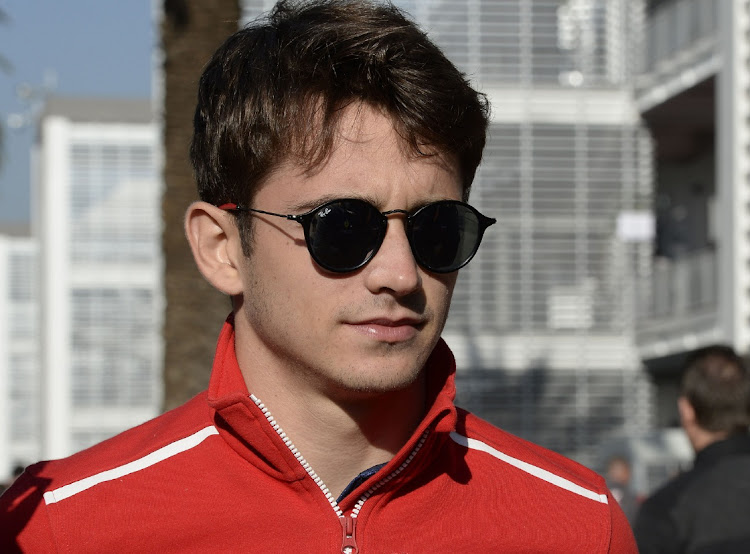 London — Charles Leclerc says he would be happy to have Sebastian Vettel continue as his Ferrari Formula One teammate next season, despite their clashes on the track in 2019.

Vettel, 32, is out of contract at the end of 2020 but Ferrari have said he is their first choice, subject to negotiations, to partner the young Monegasque whose deal runs until 2024.

A decision could come before the start of a season stalled by the Covid-19 pandemic.

Reports in Italy have suggested, however, that Ferrari also have Renault’s Australian Daniel Ricciardo and McLaren’s Spaniard Carlos Sainz in mind as leading alternatives if a deal falls through.

“I am very happy with Seb,” Leclerc told reporters in a virtual news conference. “It [the relationship] was good even though we’ve had some problems on the track, like in Brazil.

“I think it has always been a good relationship, even though from the outside it was probably not seen as it was. But it’s always been good between us.”

Leclerc beat Vettel on race wins, poles, points and podiums in 2019 in what seemed at times an uneasy pairing of a hungry young gun with a champion used to having top billing at Maranello.

They clashed on the track on occasions, with their radio comments making headlines.

“I will respect Ferrari’s decision for whoever is next to me and at the end it’s my job to adapt to the person next to me and you can always learn from whoever is your teammate,” said Leclerc. “I will welcome anybody. But if Seb stays I will definitely be happy.”

Leclerc has filled his time in lockdown with esports, training and doing his best to stay mentally in the zone needed to go racing. He said the world of virtual racing had helped keep concentration levels up, with the 22-year-old winning four races last weekend including his second virtual F1 grand prix in succession.

The next target is to race against Vettel in the virtual world as well.

Vettel told reporters last week that he had also recently got a simulator but, with three young children keeping him busy, had still to set it up properly.

“I’m not racing against Seb yet, but I will definitely send him a text soon whenever he has finished his installation to try to race with him a little bit, which will be fun,” said Leclerc.

The Monegasque has attracted quite a following on his Twitch streaming channel and he said he was enjoying the interaction with fans and fellow racing drivers.

“My main priority is to try to entertain the people at home. And also keeping myself entertained and try to train on the simulator,” he said. “It’s a tough time for people being at home that don’t have much to do.

“I’ve had a lot of positive reaction to what I was doing on Twitch with all the other F1 drivers, people saying it will help them going through these tough times. I was happy to see that.”

First eight races now affected, as doubts raised over how many rounds can be held this year
Life
1 year ago

After Australian GP is cancelled, F1 drivers race against gamers in ‘all star’ virtual race
Life
1 year ago