As the coronavirus takes its toll, the wisdom of running Sunday's race in Melbourne is being questioned 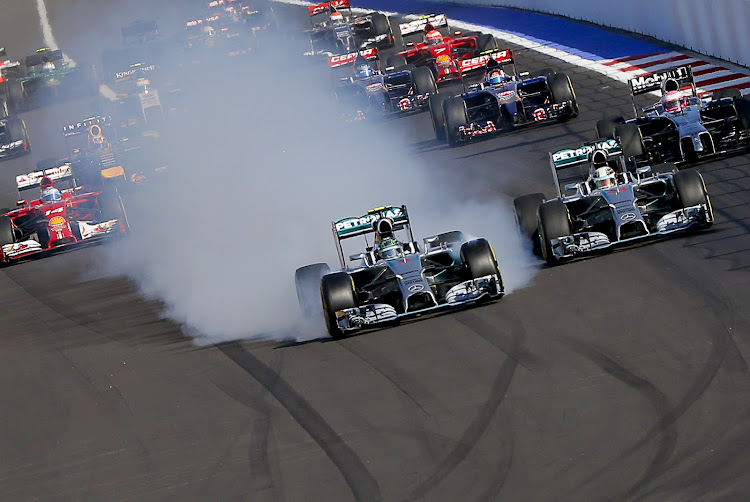 Melbourne — Formula One’s season-opening Australian Grand Prix will get under way with an air of anxiety this week, with members of two racing teams quarantined and local health authorities battling to contain spreading of the coronavirus.

Team Haas said two of its staff were tested for coronavirus and were confined to their hotel rooms after showing symptoms of a cold, while McLaren said one of its team members had self-isolated.

Formula One organisers have already postponed the Chinese race scheduled in April, while the Bahrain Grand Prix, the second stop on the calendar, will go ahead without spectators on March 22.

The Australian Grand Prix Corporation announced measures on Wednesday to limit interaction with fans, including scrapping the traditional autograph sessions along Melbourne Walk, a path near the paddock where fans take selfies with the drivers as they pass by.

However, Australian Grand Prix Corporation CEO Andrew Westacott said there was “no chance” of a spectator ban at Albert Park, which is set to host thousands of fans from Thursday, when practice sessions and qualifying begin for lower-profile racing series at the street circuit.

Since Westacott’s declaration, health authorities have confirmed multiple cases of community transmission in Melbourne and recorded a surge of infections in other Australian regions. Two Melbourne schools were closed for containment efforts, including one 3km from the race circuit.

Some 86,000 spectators packed into the Melbourne Cricket Ground on Sunday to watch Australia’s cricketers beat India in the final of the Women’s Twenty20 World Cup, but a slew of other local events have been cancelled or postponed.

Media pundits have questioned the wisdom of running the Formula One race, which involves thousands of staff and support personnel from across the globe, and lured more than 300,000 fans to Albert Park in 2019, according to organisers’ estimates.

The words “STOP F1” were written in the skies above Sydney on Wednesday but it was unclear who was responsible for the skywriting.

Renault cancelled a scheduled media Q&A session with drivers Daniel Ricciardo and Esteban Ocon at Albert Park on Wednesday after the drivers made an appearance in the team’s new livery.

“Of course it’s all tricky at the moment, but we are trying to make the best of it,” Red Bull driver Max Verstappen told reporters on Wednesday. “Hopefully [race week] will not be too different. It’s difficult to say at the moment.”

Should Sunday’s race go ahead without incident it will provide a first look at the teams’ pecking order after winter testing.

Champion Lewis Hamilton will begin his bid to match Michael Schumacher’s record of seven F1 championships, with his Mercedes team again expected to set the benchmark in their chase for a seventh successive constructors’ title.

Red Bull, who placed third in 2019’s series, had a strong winter testing and may be poised to challenge Mercedes’ dominance.

Ferrari head into the first race with some queries over their car’s performance and the future of driver and four-times champion Sebastian Vettel, who is out of contract at the end of the season.

MNINAWA NTLOKO: All this Saturday fun we take for granted may soon...
Next Article

Use water and soap, minister says, as four more diagnosed with coronavirus

Use water and soap, minister says, as four more diagnosed with coronavirus