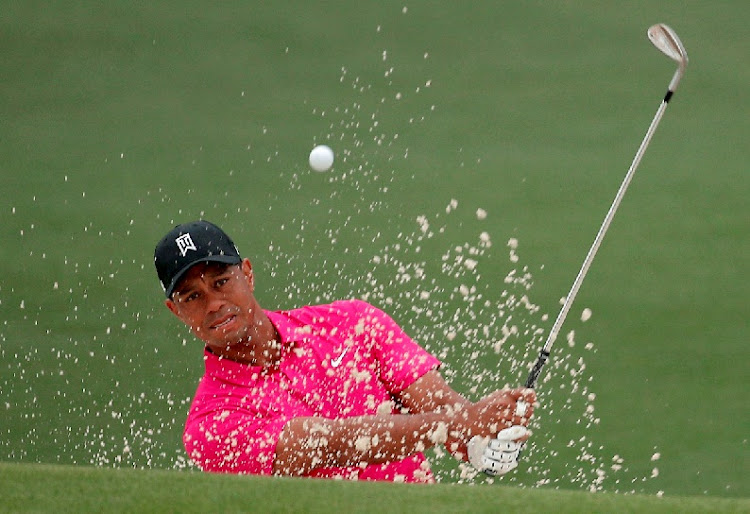 American Brooks Koepka is one man who does not need inside information going into this week’s Open Championship at Royal Portrush in Northern Ireland‚ after winning four of the last nine Majors.

But the world’s top-ranked golfer will have some key insights because his caddie Ricky Elliot comes from Portrush and knows the layout well.

Elliot has shot 65 on the course, a score Koepka would happily card in Thursday’s opening round.

For the chasing pack it has been hard enough beating Koepka in Majors over the past two years on courses where things were more or less even.

Elliot has been on Koepka’s bag for all of his successes and will certainly add more confidence to the world No1‚ if nothing else.

Masters champion and 15 time Major winner Tiger Woods goes into the 148th Open unconcerned about his lack of competitive golf since winning at Augusta in April.

Since winning his fifth green jacket‚ Woods has played only 10 competitive rounds of golf. By all accounts he struggled in practice at Portrush on Monday‚ but even if the body is creaking‚ Woods’s mental strength and belief remains steely.

“My game is not quite as sharp as I’d like to have it right now‚” Woods admitted. “I still need to shape the golf ball a little bit better‚ especially with the weather coming in and the winds are going to be changing. I’m going to have to be able to cut the ball‚ draw the ball‚ hit at different heights and move it all around.

“Today [Tuesday] was a good range session. I need another one tomorrow. And hopefully that will be enough to be ready. There is an art to playing links golf. It’s not: ‘OK‚ I have 152 yards‚ bring out the automatic nine-iron and hit it 152.’ Here‚ 152 could be a little bump-and-run pitching wedge. It could be a chip six-iron. It could be a lot of different things.”

Woods went on to highlight how the quirky nature of links golf where imagination‚ experience and skill have much higher value than length off the tee‚ are reasons why the winner could be an older golfer.

SA’s Ernie Els‚ 49‚ will be playing his 30th Open‚ and despite not threatening to win a tournament for a long time‚ could use his experience to fashion a good score on the picturesque layout.

Besides Els there are 10 other South Africans in the field including 2010 Open winner Louis Oosthuizen. The man from Mossel Bay is paired with Koepka for the first two rounds‚ which will hopefully motivate the 36-year-old at the season’s final Major.

But Koepka and Woods aside‚ who start among the favourites‚ Northern Ireland’s most famous sportsman Rory McIlroy is sure to make a charge on his home course.

McIlroy still holds the course record of 61‚ which he carded when he was 16‚ and knows the layout better than anybody in the field. It would be a surprise if he were not in the mix on Sunday.

Defending champion Francesco Molinari was undoubtedly the best golfer on the planet in the 12 months until April. But since putting two balls in the water at Augusta’s famous 12th hole in the final round seems to have shaken the apparently unshakable Italian. His form since the Masters has been lacklustre by the stratospheric standards he set in 2018. Perhaps an Open defence is just what he needs to find his form again.

“I’m happy with how the preparation has gone. But then obviously the ultimate test is going out there and seeing how you perform. And links golf‚ I like it now. It’s not something that I liked from the start just because it was very different from the first few times I came out here to play links golf compared to what I was used to playing in Italy. It took a pretty long time to get used to it.

“But now I enjoy it very much. And it’s obviously a style of play that we don’t get to play very often. So that makes it even more special.”

Francesco Molinari paired with Scott and DeChambeau for Open defence

SA’s seven-year-old golf prodigy lives his dream of becoming the ‘next Tiger ...

Francesco Molinari paired with Scott and DeChambeau for Open defence

SA’s seven-year-old golf prodigy lives his dream of becoming the ‘next Tiger ...