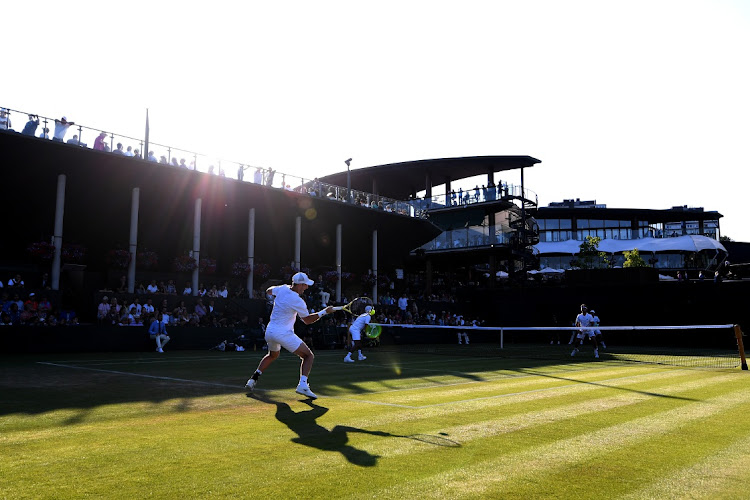 SA’s Raven Klaasen and New Zealand partner Michael Venus are set for a Wimbledon men’s doubles quarterfinal showdown on Court No3 on Thursday.

But Klaasen will not be the only South African in action at SW19 as SA ladies wheelchair champion Kgothatso Montjane starts her campaign on Thursday. She has been drawn to meet German world No6 Sabine Ellerbrock in the opening round.

Klaasen and Venus‚ the No3 seeds‚ have made serene progress to the last eight where they meet No8 seeds‚ Australia’s Jonathan Peers and Finland’s Henri Kontinen.

The 36-year-old Klaasen is in search of an elusive first Grand Slam title having lost the Wimbledon final in 2018. If Venus and Klaasen progress on Thursday‚ they will face Colombian No2 seeds Juan Sebastian Cabal and Robert Farah in the semifinals.

Klaasen and Venus set up the quarterfinal showdown after beating Frederik Nielsen (Denmark) and Robin Haase from Netherlands in straight sets‚ winning 6-2 6-3 7-6 (0) on Monday. The duo were clinical against Nielsen and Haase (seeded 16th) despite the final set going to a tiebreak. Klaasen and Venus have seen off Australians‚ Lleyton Hewitt and Jordan Thompson‚ the British pair of Luke Bambridge and Johnny O’Mara in the previous two rounds.

Montjane will be looking to better her chances against Ellerbrock‚ having won only seven of their 23 prior meetings on the UNIQLO Wheelchair Tennis Tour.

The last time Montjane played Ellerbrock was in the 2017 Bath Indoor Tournament semifinal‚ which the German won in two sets. Although Ellerbrock has won more often against Montjane‚ the two are used to pushing each other to the limit. They clashed in a few captivating matches including 2017 SA Open and Swiss Open.

Montjane and Ellerbrock will also partner in doubles competition and will kick off their campaign against second seeds Marjolein Buis (Netherlands) and Giulia Capocci (Italy).

The 33-year-old Montjane will make her second appearance in the grass-court event after reaching the semifinal round at the 2018 event and becoming the first black South African woman to do so.

Venus Williams out of Wimbledon after shock defeat to teenager

Venus Williams out of Wimbledon after shock defeat to teenager