IAAF refuses to give Caster Semenya a reprieve 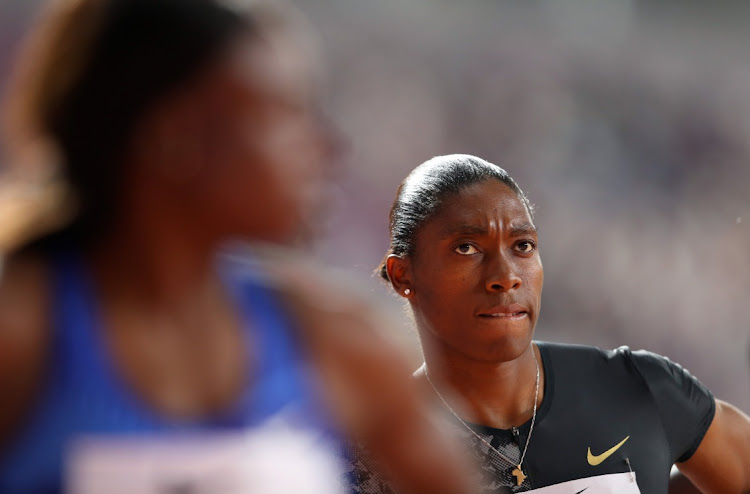 The IAAF have poured cold water on hopes that the 1‚500m and mile events could be removed from their controversial female eligibility regulations.

The world governing body for athletics also dismissed accusations that they were targeting specific athletes — presumably SA star Caster Semenya — through the rules that will require all differences of sex development (DSD) athletes with male XY chromosomes to lower their naturally occurring high levels of testosterone to compete in events from the 400m to the mile.

“That is not true‚” the IAAF said in reaction to the allegation of picking on Semenya‚ pointing out there were other athletes with the same condition whom they could not expose.

“The IAAF is bound by strict confidentiality and so simply cannot — and will not — disclose the number of other athletes affected‚ or the identities of those athletes.

“We have seen in a decade and more of research that about 7.1 in every 1‚000 elite female athletes in our sport as DSD athletes with very high testosterone levels in the male range.

“The majority of those athletes compete in the restricted events covered by the regulations.

“This frequency of DSD individuals in the elite athlete population is around 140 times higher than you will find in the general female population‚ and their presence on the podium is much more frequent even than this.

“The Court of Arbitration for Sport (CAS) accepted that this demonstrates‚ in statistical terms‚ that they have a significant performance advantage.”

Semenya had challenged the regulations at the CAS‚ but two of the three judges ruled against her last week. However‚ the judges expressed concern over the lack of evidence for including the 1‚500m and mile among the restricted events.

“The panel also notes the paucity of evidence to justify the inclusion of two events [the 1,500m and one mile events] within the category of restricted events‚” the CAS wrote in the executive summary of its judgment.

If scrapped from the regulations‚ Semenya would at least be allowed to compete freely in the 1‚500m‚ where she won the bronze medal at the 2017 world championships in London.

But the IAAF‚ in a blanket statement in which they answered 12 of the most frequently asked questions that were fired at them since the judgment‚ said they had no intention of scrapping those two events.

“The CAS asked us to consider whether to defer application of the restrictions to these two distances pending further experience [sic].

“However‚ we believe there is enough evidence from the field across all the disciplines covered by our regulations‚ so the 1‚500m and the mile will remain included in the regulations.

“We may have more data in relation to the 400m and 800m‚ but there is evidence relating to the longer distances‚ and it is also generally accepted that an elite 800m runner will also excel over 1‚500m and one mile.

“We will keep this and other aspects of the regulations under careful review as we move forward.”

The International Association of Athletic Federations' letter comes after the World Medical Association urges doctors not to enforce controversial ...
Sport
2 years ago

Group of experts to examine findings
Sport
2 years ago

The decision to force her to reduce her natural testosterone is a blatantly racist move against her, and no-one else
Sport
2 years ago
Next Article

What they are saying about ruling on Caster

What they are saying about ruling on Caster