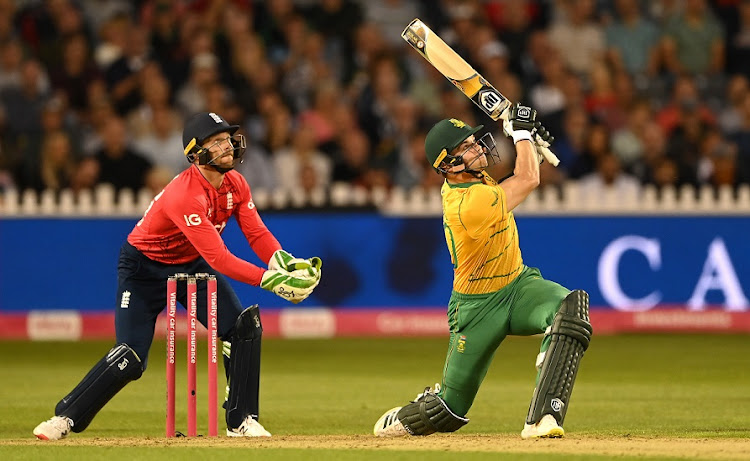 Proteas bowler Lungi Ngidi says the team was not surprised by Tristan Stubbs’ heroics in Tuesday’s big T20 defeat against England and believes the youngster has raised his hand for the T20 World Cup.

Ngidi and Stubbs, 21, were the shining lights in the Proteas’ indifferent performance that saw them begin their three-match T20 international series with a 41-run defeat at Bristol County Ground.

The South Africans failed to chase the 235-run target — England’s second-biggest total in T20s — as they managed 193. Stubbs, however, announced himself as a new superstar in the game, his 72 off 28 deliveries giving the Proteas a glimmer of hope.

“We had full faith in Stubbs because even during training he showed us what he is capable of. So we weren’t surprised at all to see what we saw,” Ngidi said. “I’ve bowled to him myself and I have been at the receiving end of what you saw.”

With the T20 World Cup starting in October in Australia, SA players are jostling to secure their spots in the Proteas squad.

“He’s definitely put his hand up tonight for a spot in the World Cup,” Ngidi said.

“It’s exciting to see and I don’t think any coach would be sad with what he saw tonight. He’s got a long career ahead of him and if this is how he’s going to keep going, it’s a bright future.”

The Proteas will meet England in the second T20 on Thursday night and will be hoping to at least improve aspects such as bowling and fielding that were their downfall in the first match.

“It’s definitely a total we thought we could chase down, even though the message we were getting in the change room from the guys who had got out was that it was actually a good batting wicket.

“The boundary was small, so if you give yourself enough time, anything is probably chaseable in the last five overs. I think our downfall was we had lost a lot of wickets by the time we really needed to get going.”