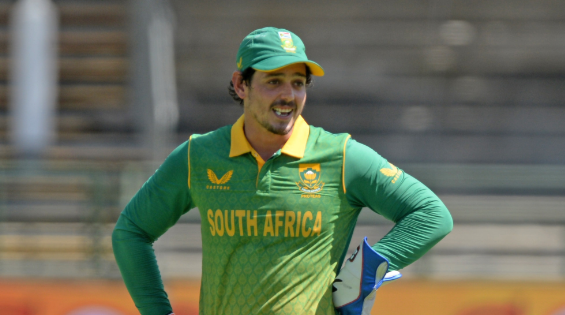 SA’s Quinton de Kock says it will become difficult for players to participate in all three formats of cricket if more games continue to be added to the sport’s packed schedule.

“It’s going to start being tough for players — three formats is a lot and it looks like more games are happening over the calendar,” De Kock told reporters on Sunday, after England’'s third ODI against SA was abandoned due to rain.

“Players need to make decisions individually and if they feel they can do it [play all three formats], I am happy for them. But guys need to take decisions into their own hands.”

The 29-year-old wicketkeeper-batsman announced his retirement from Test cricket in December, citing a desire to spend more time with his family.

“I’ve been roped in to play a couple of leagues but that’s my own consequence,” De Kock said. “I am happy to do it.

“It’s still a sacrifice but I’m slowly getting to an age where I need to think about where I want to be in my career. As long as I can do it at my own pace then I am happy.

“When you’re still young you need to play all three formats and get certain things done in your career. It starts getting harder as you start getting older and the body doesn’t co-operate like it used to. It’s just a management thing.”

England and SA meet in three Twenty20 internationals, starting in Bristol on Wednesday.