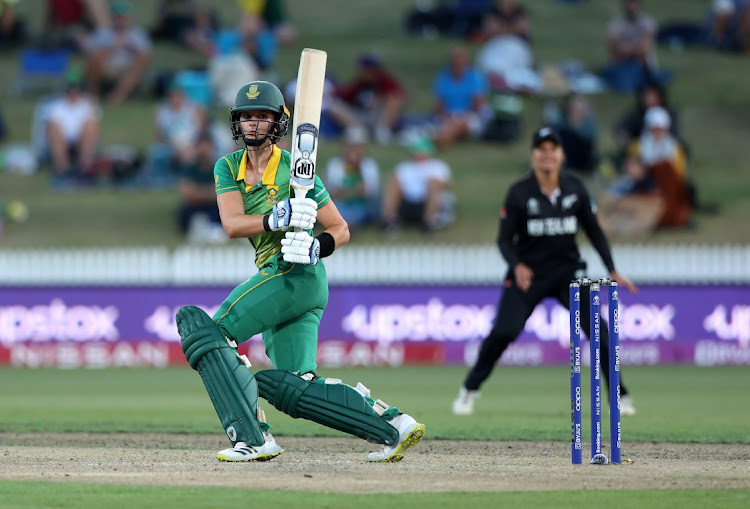 Batting star Laura Wolvaardt says the Proteas women learnt from the experience when she became one of nine SA Test debutants in the drawn one-off four-day match against England at the County Ground in Taunton last week.

Western Province batter Wolvaardt is a key cog in the 15-player contingent in England for a multiformat tour that includes the Test‚ three one-day internationals (ODIs) and three T20s.

Despite only managing scores of 16 in both innings in her first four-day game‚ the 23-year-old‚ like her teammates‚ revelled in the challenges the format presents.

“It was an incredible week. Test cricket is something I have always wanted to play since I was a little girl‚ so to be able to do that and debut with a whole bunch of the team was a great experience,” Wolvaardt said.

“It was really tough from a cricket point of view. The red ball was very tough to face and I had some challenging innings upfront. Overall‚ it was a great learning experience.”

In last week’s encounter in Somerset‚ the young SA side‚ missing experienced names such as Shabnim Ismail‚ Ayabonga Khaka‚ Trisha Chetty and Chloé Tryon‚ were not only playing their first Test since 2014 but also took on England — they’ve played seven Tests in the same period — at home.

Faced with unfamiliar conditions‚ a new format to most of the team and demanding game situations that only Test cricket can pose‚ SA had a lot of adjustments to make.

“We had some very tough conditions‚” Wolvaardt said. “A bit of rain around‚ the duke ball‚ a ball that does a lot more than what I am used to‚ and having to leave balls that I am normally conditioned to play

“Especially for my game‚ where I built my game quite a lot around cover drives and playing at wide balls‚ and I wasn’t allowed to do any of that. It’s definitely something I would have to practise to get right in the long run.

“It was mentally a tough challenge‚ but I will learn a lot from it and hopefully I can handle it better next time.”

Though the Test match is an intriguing part of the tour for the Proteas women‚ Hilton Moreeng’s charges now turn their attention to limited-overs cricket.

First up is the ODI at the County Ground in Northampton on July 11.

Wolvaardt said the Test experience would benefit her in the 50-over game from a technical and opposition-scouting point of view.

“The Test was all about making sure my technique is right and try to get into strong positions. The basics will stay the same for the ODIs‚ so it will actually be good because I have done a bit of technical work now leading up to the ODI series. So hopefully I will be able to time the ball well going into it.”

SA are sharpening their white-ball skills with two warm-up matches against England A — a T20 match in Cardiff on Monday and a 50-over clash in Leicester.