Sport needs leaders who can adapt to the new world of player influence, not just that of media and sponsors 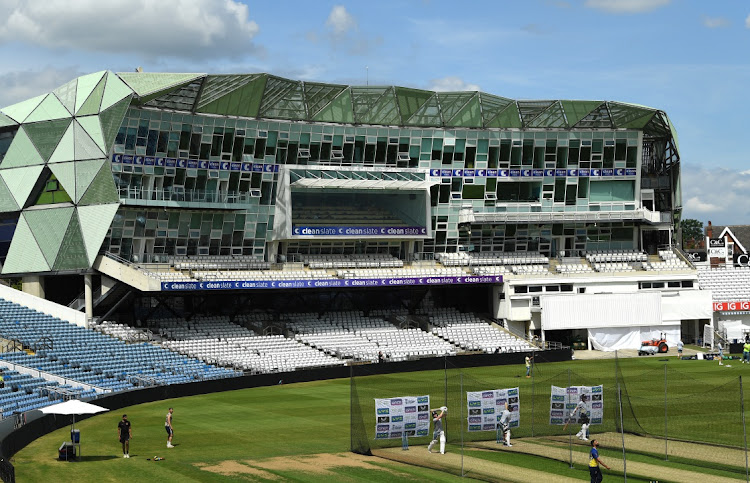 A general view of the England players in the nets at the Clean Slate Stadium ahead of the third Test Match between England and New Zealand at Headingley on June 21, 2022 in Leeds, England. Picture: GETTY IMAGES/STU FORSTER

There is a deluge of riveting sport to be devoured on our screens now. Every sport is caught in a vortex of moral, political or financial dissection. The Wimbledon exclusion of individuals who are not even representing their country has caused strong and conflicting reactions.

Certain players are declining to play, as the Wimbledon tournament has been stripped of ranking points by the ATP, WTA and ITF.

Players in rugby and cricket have to choose between country and cash. This is owing to the Indian Premier League (IPL) dominating the finances of world cricket and the lure of lucrative rugby contracts in Europe. A wide chasm now exists between the PGA Tour and the LIV Golf Invitational Series. Money talks and players are voting with their feet.

Players have found their voice and are starting to influence big decisions previously reserved for the hierarchy in the boardrooms. This is a global shift of considerable magnitude.

Players know the line between what an acceptable custom and an immoral practice is. Any transgression from that imaginary line elicits enormous debate.

An underarm serve by Nick Kyrgios is frowned upon by most players. Certainly, the underarm last ball in the 1981 50-over match, rolled along the pitch by Australian Trevor Chappell to prevent a six and a New Zealand win, crossed the line. That produced a wonderful T-shirt that sold like hot cakes in New Zealand, with the words “Aussies have an underarm problem” emblazoned on them.

In days long gone, the “old moral” world, sans social platforms and global TV reach, was simple to follow. An example was the sermon preached by Frederick Lewis Donaldson in Westminster Abbey in 1925 on the Seven Social Sins:  Wealth without work, pleasure without conscience, knowledge without character, commerce without morality, science without humanity, worship without sacrifice, and politics without principle.

That was widely accepted as the line in my father’s days. In today’s society, most people draw their own line of honour, and this leads to confusion and changing norms. Also, everyone has a lapse of sportsmanship from time to time, which further causes upheaval.

That line is developed through childhood. Other than the normal family and school influences, sporting heroes fashioned my moral line. They were Jackie McGlew, Sir Wes Hall and Sir Alec Bedser. I imagined being like them. Later my heroes became Martin Luther King Jnr, Helen Suzman, Mahatma Gandhi and naturally, like most of us, Nelson Mandela. Heroes fashion our moral viewpoints and behaviour.

My lapses, however, are never forgotten, by me or others. Lapses of sportsmanship remain cast in stone. My run-out of Allan Lamb remains the big one, as I am reminded regularly, particularly by fans in the Western Cape. It is a cross I bear and still reflect on.

Also, the cricket debate widens, discussing the morality of appealing when one knows it is not out or refusing to walk when one knows that the ball has been nicked. Those examples, though, are the accepted customs. To those who have not played cricket, this is difficult to understand.

Every sport differs. When the International Cricket Council was assisting USA Baseball officials get to grips with technology, the baseball officials were aghast at the cricket laws that rigidly protected umpires from player provocation. They considered us far too soft. The Major League Baseball (MLB) players were encouraged to have a full go at the umpire as this behaviour increased viewership. Each of the MLB teams own their own media production company, so more viewers means more money.

The individual sports of tennis and golf have till recently been seen as pure of spirit. That has now changed as the players have found their strength and influence. Top players today, owing to vigilant media and fans, are seen as vulnerable as well as powerful, which adds to their appeal.

Players are paid vast sums in their role as influencers of the youth and sports followers. Being influencers ensures that, to some degree, they behave in an acceptable way. Phil Mickelson found after his utterances about Saudis being scary motherf***ers while still supporting LIV golf, that there are serious consequences. He lost considerable sponsorship and fan support. Being an international star comes with so much attention and invariably a moral expectation.

Sport now needs leaders who are able to adapt to the new world of player influence, not just that of media and sponsors. The challenge is to forge a sustainable and exciting future consulting with all three groups. Great sports CEOs are as rare a breed as great politicians. The world desperately needs both right now.

VINCE VAN DER BIJL: There’s nothing like sport for developing focus and intensity

But Cricket SA is running on half empty, with five senior executive positions still to be filled
Opinion
1 month ago

Issues need to be confronted head-on, and not left to fester and then explode
Opinion
2 months ago
Next Article