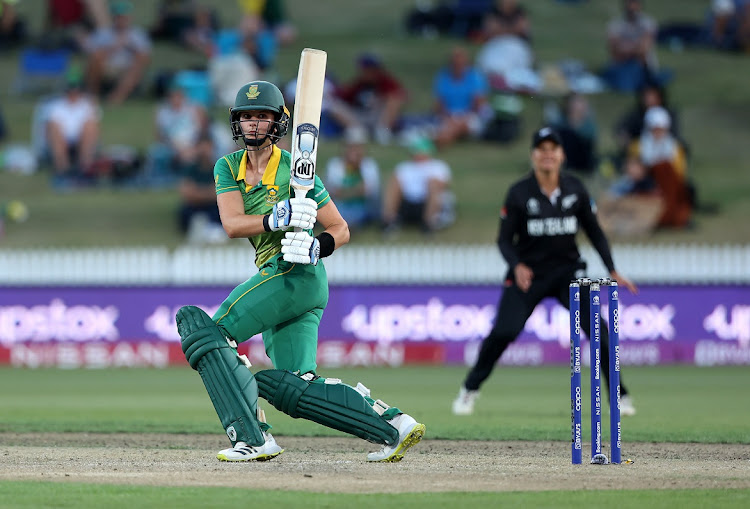 Momentum Proteas batter Laura Wolvaardt will be an important part of the lineup for the SA women in their  series against Ireland
Image: Picture: GETTY IMAGES/ANDY JACKSON

Proteas head coach Hilton Moreeng is confident his charges are ready to get stuck in as they prepare to take on Ireland in a limited-overs series.

The Proteas women return to the field of play for the first time since their run to the semifinal in the ICC Women’s World Cup in New Zealand earlier in 2022.

They start their travels with three T20s and three one-day international matches against the Irish women in Dublin from June 3-17. They then head to England to play one Test, three ODIs and three T20s before their quest for Commonwealth Games gold gets under way on July 30.

“We are going to Ireland, then England before going on to the Commonwealth Games, so depending on where the players are in the recovery programmes, they will be joining the squad as we go along,” Moreeng said.

“At the moment, we can’t say who will be where and who is coming in, but we are trying to make sure the rest of the squad is as fit as they can be for the next leg of the tour, which is against England.”

Asked what they wanted to achieve against the Irish, Moreeng said: “The first thing is to be able to play again post the World Cup and also building into the England tour.

“The ODI series is the start of the new cycle of qualification for the ODI World Cup, and one of our goals is to make sure we get points and start well there. With the T20 series, it is also our preparation to make sure we are ready for the Commonwealth Games and build into the T20 World Cup.

“So there is a lot to play for, there are a lot of youngsters around the group and it is an opportunity for the players to put the right foot forward and give the selectors a good headache.”

With his players in action in various competitions around the globe, Moreeng said he was keeping a close tab on them and was happy with the performances they had been putting in.

“They have been making great progress especially since we haven’t played much T20 cricket in the last year, so for them to start the way they did gives us a lot of confidence because it is something they can build on. Those are the players who have been in the system long enough to know what needs to happen [in various match situations],” he said.

“You see what Ayabonga Khaka did in taking the first fifer of the Fairbreak tournament, as well as Marizanne Kapp and Sune Luus playing in the final and adding value to their teams, and Laura Wolvaardt and how well she has been doing in the IPL [Indian Premier League].

“It shows where our players are at the moment and that they are starting to put in the right performances, and it is performances that we as a team pride ourselves on.”

On playing a Test match against England at the end of June, Moreeng said: “For the women’s game, it means growth, it is something that we feel every cricketer wanted to be part of. They have watched a lot of cricket, especially the young generation, who have seen a lot of Test cricket, now is an opportunity to play.”

Champions Rajasthan Royals beaten in front of 100,000 fans at home in Ahmedabad
Sport
1 month ago