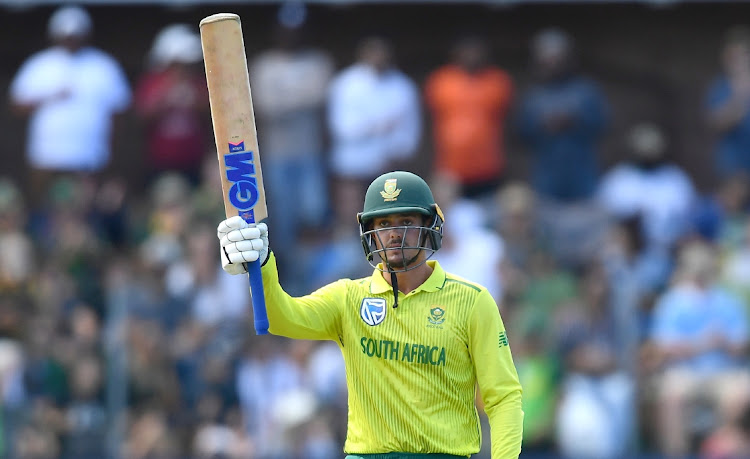 The Indian Premier League (IPL) is electric, even to the most diehard of Test match fans. Each ball is a strange mixture of preparation, courage, skill, instinct and luck. That is why it is captivating and entertaining. The players are tested to the limit of their physical and mental powers.

Incredibly, even one’s national pride swells. We celebrate Quinton de Kock’s 140, Marco Jansen’s three wickets in one over, Kagiso Rabada’s powerful opening spells, Faf du Plessis’ inspiring leadership and T20 adaptation, David Miller’s gutsy wrapping up of matches, Gary Kirsten’s coaching skills and Aiden Markram’s explosiveness. All the Proteas will return with a playbook of experience with an intimate knowledge of some of the very best payers in the world. Invaluable.

This is the format that the millennial youth flock to — it fits their personality. The IPL is only rivalled by the ICC Cricket World Cup, the iconic Test series such as the Ashes and others with a rich history.

There lies the rub. Where to, Test cricket?

The future of Test cricket has been under the spotlight for two decades. A Test cap remains the ultimate honour for all players due to its revered history. However, that hold is slipping. Two newly retired greats have mentioned in MCC meetings that after 20 to 40 Tests, players are comfortable to move away from Test cricket as it consumes so much time away from the family. The length away from home of the IPL tournament though, is outweighed by the size of the purse.

The players now yearn to secure their financial future and for the exposure of the T20 format, especially the IPL. Young cricketers view T20 events as an opportunity to parade their skills to the world and their national selectors.

T20 has produced outrageous, innovative play from batters, bowlers, fielders and captains. That, and the fact that it does not take five days, has made the shorter versions of cricket attractive.

A radically different strategy is needed for the longer format. Tests, except the iconic and those that involve India, cost the home unions millions. Almost all countries live on a financial knife edge.

The storyline of the SuperSport series Two Sides highlighted that the British Lions tour was critical for Springbok rugby’s financial survival. New Zealand, SA, the West Indies, Sri Lanka, Zimbabwe and Ireland can identify with that.

Yet, Test cricket anchors a player’s technique in a way no other format does. There lies its importance, not just its history. Essentially limited-over players, such as Chris Morris, never quite reached their potential as they did not play enough Tests to firm up their technique and rhythm.

I truly love Test cricket. It showers us with stories, humour, books, films, fans’ memories, statistics, epic contests and a rich documented history. It is the very heart of cricket and that is why its sustainability is vital. It must never be lost to the game.

However, sponsors and broadcasters, key to cricket’s sustainability, want action that attracts followers and provides returns for their investment. Yes, money talks.

There seems to be two options.

One strategy can exclusively focus on the iconic series and countries that consistently produce very riveting Test series. Australia, India, England, New Zealand, SA and Pakistan immediately come to mind. The West Indies have to be there as well. They influenced the way cricket was played when they were the global champions for two decades. Others can play Tests if they wish to keep the Test cap tradition alive — but that in itself will be holding off the inevitable.

The other option is to allow all Test playing countries, with their players, to choose whether they want to continue to play this format. Players and national federations could well choose financial stability over playing Tests. That would be understandable.

The fundamental issue that needs facilitating is that the official  ICC Test-playing members get a considerably bigger slice of the ICC pot. Being a Test-playing member enhances funds and standing. That is something for the ICC board to sort out, equitably. With more funding available, women’s cricket could be supported to continue building on their growth and success. Women’s cricket is a triumphant story.

It may sound radical, but it will preserve this vital format and ensure its sustainability. The nights of old, staying up to listen to Charles Fortune’s eloquent commentaries are over. Watching live every ball of a five-day Test, in the modern frantic world, is something of the past, with the exception of us oldies. Viewing the day’s highlights on TV in the evening seems the popular route.

Life moves apace in sound bites. A Test cricket strategy needs to stay ahead of the game.