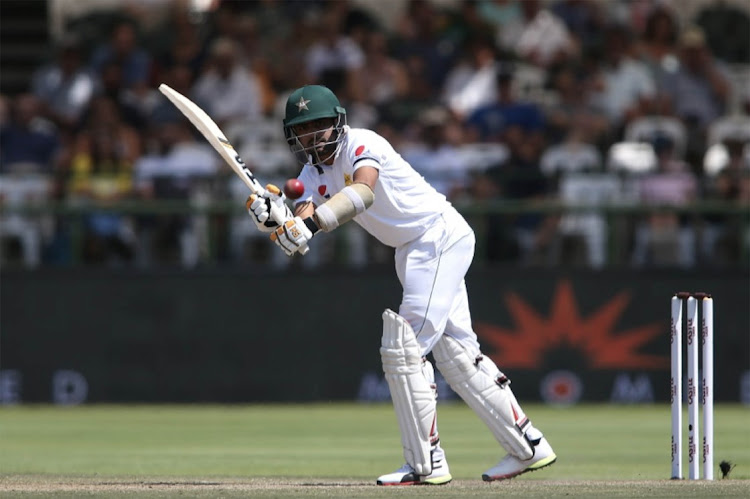 Karachi — Babar Azam’s epic 196 and Mohammad Rizwan’s gallant hundred helped Pakistan snatch draw from the jaws of defeat in the second Test against Australia on Wednesday.

Australia, on their first tour of Pakistan in 28 years, went into the final day needing eight wickets to go 1-0 up in the three-Test series.

Pakistan needed 314 runs in 90 overs to pull off Test cricket’s greatest chase. Alternatively, they had to bat out three sessions to force a draw which is what they did in the end.

Babar and Abdullah Shafique (96) forged a marathon 228-run partnership for the third wicket and then Rizwan smashed an unbeaten 104 as Pakistan finished on 443/7, the sixth highest fourth innings total of all time.

Nathan Lyon (4/112) turned the game on its head in the final session dismissing Babar and Faheem Ashraf in successive deliveries but Rizwan's second Test hundred left Australia stranded three wickets away from victory.

“The plan was to bat session by session and build partnerships,” Babar, whose 10-hour masterclass fetched him the best match player award, said.

“It was a team effort, as others chipped in with useful contributions too. We tried to be positive and play our shots. The team needed this knock, so I tried to bat for as long as I could.”

The record victory target of 506 was a bridge too far for Pakistan who were on the back foot after conceding a huge first innings lead of 408. Their best bet was to try to bat out the final day and they did eke out a draw despite being outplayed for the first three days of the contest.

Pat Cummins’ decision not to enforce follow-on would be open to questions and Australia did not help their cause by their sloppy catching either.

Steve Smith dropped Abdullah when the opener was on 20 on Tuesday, and Usman Khawaja spilt Rizwan, then on 91, in the final session.

Babar also got back-to-back reprieves when Travis Head and Marnus Labuschagne failed to latch onto sharp chances in debutant Mitchell Swepson’s over. Cummins rued those missed chances but was not too unhappy with their performance.

“I’m just really proud of the efforts,” he said. “The way we batted was fantastic, the way we hunted we took those wickets on day three with reverse swing, that was brilliant as well.

“We were always ahead in the game, so really proud of the boys,” Cummins said.

With the first two Tests ending in a draw, it will be winner-take-all in the third and final Test in Lahore on Monday.

Best is yet to come, Proteas all-rounder Marizanne Kapp says

SA are aware that they can’t afford another sloppy performance when they take on Pakistan in Mount Maunganui, New Zealand, in their second ICC ...
Sport
3 months ago