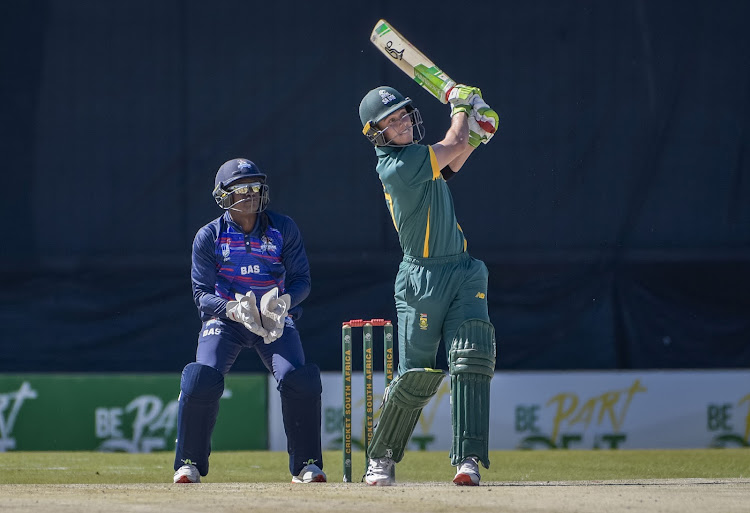 In this era where players are gravitating towards the riches of T20 leagues around the world, it is refreshing to hear SA teen batting sensation Dewald Brevis itching to play Test cricket.

Late in 2021, SA were rocked when batter Quinton de Kock retired from Tests to focus on white-ball cricket, leaving a big hole in the Proteas middle order and behind the stumps. De Kock’s decision came not long after the high-profile retirements of Faf du Plessis, AB de Villiers, Hashim Amla and JP Duminy.

In 18-year-old Brevis, SA have an explosive short-format player who is being compared to the irrepressible De Villliers and who wants to play Test cricket. “I love all the formats,” the young Titans player says.

He scored 506 in six innings at the Under-19 World Cup to be named Player of the Tournament. Brevis clocked the most runs ever at the tournament, one more than the previous record held by Indian superstar Shikhar Dhawan.

“I would love to play Test cricket one day. Growing up, that is the format you always watch at SuperSport Park and on TV.

Bervis likes the flattering comparisons with De Villiers because of his explosiveness and expansive stroke-play, even though he is carving his own path.

“I have always idolised him [De Villiers]. He has always been my role model from a young age. To be compared with him is a massive honour. I enjoy it when people call me Baby AB, but it is important that those people also know me as Dewald Brevis because I want to have my own identity.”

As a mark of his burgeoning reputation, Brevis was sold to the Mumbai Indians for R6m in the Indian Premier League auction and is looking forward to the experience.

Brevis made his Titans T20 debut during the recent Cricket SA T20 Challenge and loved the experience of opening the batting with De Kock. “It has always been an honour to play for the Sky Blues [Titans].

“Playing my first game where I walked out with Quinton was amazing and a dream come true.”

There are so many other stories we can tell rather than just the big ones, writes Neil Manthorp
Opinion
5 months ago

The star batter will have to go through a late fitness test, says coach Hilton Moreeng
Sport
5 months ago

Warne not the spinner’s GOAT in Gavaskar’s book

Warne not the spinner’s GOAT in Gavaskar’s book