‘Combinations’ the buzzword as SA look for batters against Windies 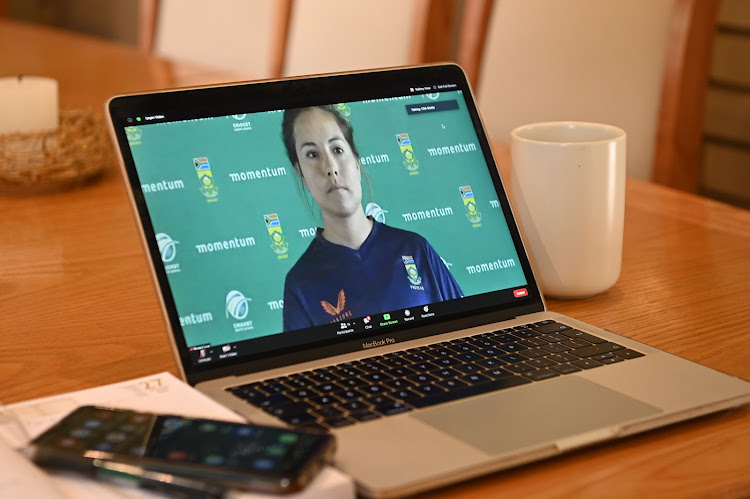 The SA senior national women’s cricket team has been blazing a trail in the ODI format over the past year.

Not only will Hilton Moreeng’s team be motivated to win a fourth series in succession when they start their ODI series against the West Indies at the Wanderers on Friday, the four-match series offers final preparations for both teams before the ICC Women’s Cricket World Cup, to be hosted by New Zealand from March 4 to April 3.

And while the World Cup frenzy that has gripped  the qualifying teams has not eluded the SA camp, “combinations” is the word buzzing around the second-ranked Proteas.

“If we win all four games and win the series, that would just be a bonus but for us. As a unit, the bigger picture is the World Cup,” stand-in captain Suné Luus said.

“We'll try different combinations to see what works for us and maybe what we need to tweak a bit.

“But this series is not the be all and end all of our focus at the moment because for now we are just trying out different combinations and to get them spot on and get a few wins under our belt to build momentum ahead of the World Cup.”

Luus and the team are correct to be preoccupied with getting their combinations right because they go into combat against a competitive West Indies side without their star opening batter, Lizelle Lee, who was last week named the ICC Women’s ODI Cricketer of the Year.

Lee, who is recovering after contracting Covid-19, is a shoo-in for the World Cup squad, but SA will be without their regular captain, Dané van Niekerk, who has been ruled out for three months with an injury.

Van Niekerk fractured her left ankle after slipping on a wet surface at home earlier in January and her absence, and that of Lee for the West Indies series, has left SA not only having to look for a replacement top-order batter for the World Cup but also hope their alternative batting combinations click into gear immediately.

Upstarts Andrie Steyn and Tazmin Brits opened the batting as SA lost the warm-up match against West Indies XI by 53 runs on Wednesday with another promising star, batting all-rounder Nondumiso Shangase, slotting in at four in place of Van Niekerk, and Lara Goodall and Anneke Bosch completing the top six.

Lee usually opens the batting with Laura Wolvaardt, who missed the warm-up match, and the pair is expected to open at the World Cup.

But Wolvaardt will be back to open for the opening ODI against the West Indies, with either Brits or Steyn likely to partner her — but stand-in captain Luus did not want to give much away.

“Those conversations are still under way, but if you look at the warm-up game we played that will give a good indication.

“We will have those discussions throughout the day and make the final call before the match tomorrow.”

The series will be a continuation of a brutal battle after SA walloped the West Indies 4-1 in a five-match ODI series in the Caribbean in September 2021.

Luus knows it will be a different ball game this time as the tourists have travelled with a strong squad that includes the captain, Stafanie Taylor, and stalwart Afy Fletcher, who both missed the last series along with a couple other important players.

“I think it is going to be very competitive and we look forward to the challenge.”

Stalwarts Shabnim Ismail and Marizanne Kapp will again carry the SA hopes with the ball. The two bowling spearheads finished the year with 18 wickets at 23.33 and 11 wickets at 29.10 respectively.