India take a beating but leave SA as champions 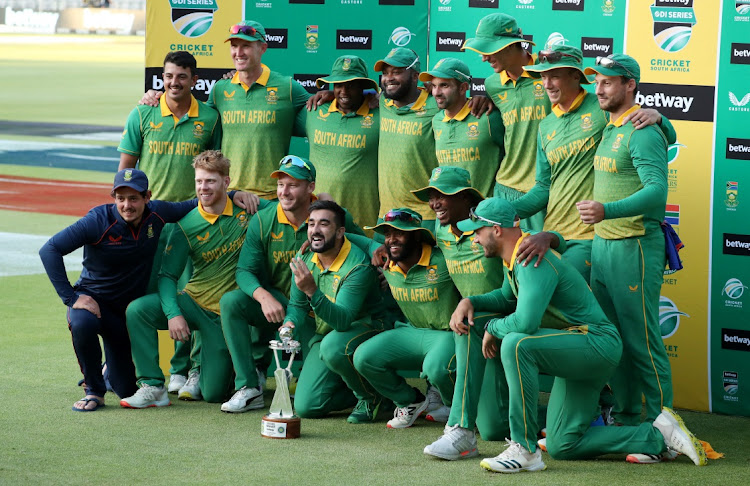 Their reputation as one of cricket’s power brokers may have suffered dents in both the red and white ball formats on this tour but India will head home having done the sport a huge service.

As bridge builders and long-time allies of SA cricket since this country’s readmission, this tour proved a significant milestone 30 years after their friendship was formally forged.

SA cricket will be hugely indebted to India for agreeing to travel here given the continuing ravages of the Covid-19 pandemic.

India will travel home with a Test captain who stepped down and an ODI skipper who needs to step up, and there will no doubt be a thorough interrogation of their options in the coming weeks.

The country they will leave will have its own leadership questions that need answering but at least on the field SA cricket now appears to be on the front foot.

SA, coach Mark Boucher admitted, were a little underdone by the time the first Test arrived in Centurion, but they bounced back splendidly at the Wanderers with a magnificent fourth-innings chase.

It irrevocably changed the course of the tour as SA went on to win all the remaining matches on the six-match roster.

If it was their ability to break threatening partnerships and show composure in a fourth-innings chase that helped win them the Test series, it was the Proteas’ burgeoning prowess against spin that helped them take the spoils in the ODIs.

“We handled their spin better than them facing our spinners,” opening batsman Janneman Malan said. “That gave us confidence. Our spinners were nice and tight. We did well as a bowling unit. We kept getting a wicket that kept breaking their momentum,” said Malan, who was named the ICC’s emerging player of the year for 2021.

The SA batting unit certainly flexed their muscle. Twice they set targets that could not be reached, but they also chased down what appeared to be a daunting total with ease in the middle ODI.

Quinton de Kock, who announced his retirement from the Test team, returned to the ODI side with a vengeance by leading the run-scoring charts. He scored his 16th ODI century at Newlands, which took him to a 229-run aggregate for the series.

The player who has become a white-ball phenomenon with the bat, however, is Rassie van der Dussen. He had a strike rate of 112 and was second to De Kock in the run-scoring department. Van der Dussen averaged 218, having been dismissed just once in the series.

If De Kock provides the dare and dash at the top of the order, Van der Dussen is the grit and glue that keeps the batting unit intact.

Captain Temba Bavuma also made telling contributions and averaged 51. His strike rate was higher than that of Virat Kohli.

That all three centurions in the series were South African says something about the resilience of the bowling department without Kagiso Rabada, who was rested for the series.

On wickets that did not offer much to the seamers they stuck to their task. Andile Phehlukwayo was the unlikely top wicket-taker in the series with six, while his economy rate of 5.50 in a series dominated by the bat was not shabby either. In wicket harvest and economy rate Phehlukwayo performed better than Tabraiz Shamsi (who played in only two matches) and Lungi Ngidi.

To Malan’s point about the SA spinners doing their job, Keshav Maharaj went at just 4.58 runs to the over, while another unlikely overachiever was Aiden Markram, whose 17 overs came at five runs apiece. The impeccable Jasprit Bumrah, for India, went at just 4.56 to the over.

It is a series that would have imbued the Proteas with confidence. It can only stand them in good stead for battles to come.