THE WORST OF TIMES

He perennially finds himself in the crosshairs, but takes it in his stride 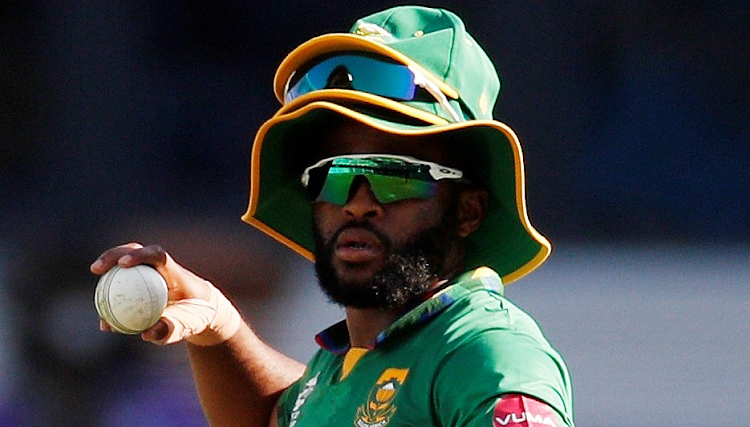 Just down the road from where Nelson Mandela walked to freedom in 1990, Temba Bavuma on Wednesday continued his long journey for acceptance.

Not that he craves it. While the president in waiting walked into a deeply divided country, the grotesque reality for SA 32 years later is that a player of Bavuma’s immense ability, character and temperament is still judged by many on his colour.

While the sheer scope of Madiba’s walk came to define the great statesman, the currency by which Bavuma should be judged is runs.

On that score there has been no white-ball dominance of Bavuma. He scored a century on debut against Ireland, while the 100 in his most recent knock against India took his average to 55.36 in ODIs.

Rassie van der Dussen grabbed the headlines for providing thrust to the Proteas’ innings with a well thought through and crafty 96-ball 129 not out, but it was captain Bavuma who calmly had his hand on the tiller at the other end that helped set up a 31-run win over India.

Bavuma, it has escaped many of his critics, did not have to play with the extravagance or devil-may-care dare of Van der Dussen. The occasion demanded a steady, responsible head at the other end that gave India little, if no hope of making further inroads into the SA batting line-up on a challenging surface.

Bavuma provided just that, rotating the strike, giving his partner every opportunity to showcase the rich form he was in. Van der Dussen took full advantage as he posted his highest score for the Proteas.

Though more sedate, Bavuma too reached three figures when he confidently drove towards the cover boundary for a single.

Bavuma perennially finds himself in the cross hairs, especially of those who remain unconvinced of his credentials.

With the mercury reaching a sweltering 37°C, the captain kept his composure and, crucially, his cool. Virat Kohli, India’s erstwhile ODI and Test captain, is like a moth when it comes to the limelight. A highly combative streak also draws him to the centre and by throwing the ball hard at Bavuma, who played it into the covers, Kohli almost inflicted unnecessary injury.

Bavuma mouthed something in the direction of the irascible and thoroughly unrepentant Kohli, who duly had his say in the brief exchange.

Bavuma also copped a stinging blow on his arm from Shardul Thakur, who was mopping up off his own bowling. That occurred as SA’s captain was taking a single, which he clearly was not doing anymore when Kohli hurled the ball in his direction.

Bavuma perennially finds himself in the crosshairs, especially of those who remain unconvinced of his credentials.

The century he scored on Wednesday was not so much a coming-of-age knock for him as captain, as confirmation that he is best equipped to rise to the challenges of heading the Proteas.

Those who captain our most popular teams face unique challenges and Bavuma has shown aptitude for the job.

Sure, he is not that far into his ODI career, but he has done more than can be reasonably expected of him. He has done his talking with the bat, but crucially too when a clear, coherent voice was called for on the all-too-frequent occasions that cricket has not taken centre stage.

Much of the stick he has come in for relates to his failure to add to the maiden Test century he scored against England at Newlands in 2016.

Bavuma has played 47 Tests and should have reached three figures again, but his standing and current value in the team cannot be underestimated. In his past 12 Test innings he averages 59.

His ODI century in Paarl was the type of innings one hopes will break the shackled thinking of those who wish him gone.

The bad news for them is he is taking everything that comes his way in his stride.