From being the world’s quickest female bowler to her choice in cars, SA’s spearhead loves life in the fast lane 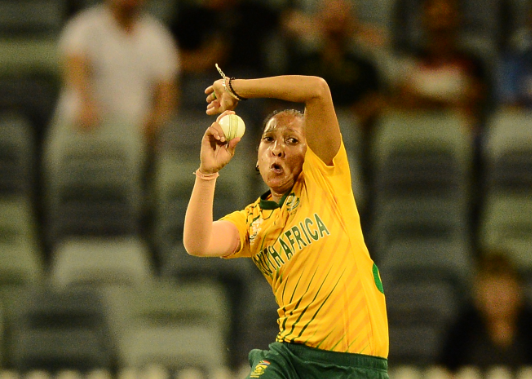 When cricket was last part of the Commonwealth Games family in Malaysia in 1998, Shabnim Ismail was just shy of her 10th birthday.

Twenty-four years later and the SA Proteas women’s team will pitch up in Birmingham, England with the world’s quickest female bowler spearheading their gold medal bid.

It wasn’t too many years after the Games that Ismail sat glued to the television with her mom in Cravenby, Cape Town, and watched Proteas quickie André Nel, the player whose number she proudly wears now.

“I can remember it like yesterday,” she recalls. “I was just fascinated [about] his aggression, the way he bowled his bouncer, all his cheeky chirps. It was just so much fun... And wearing the same number as he did gives me great pride. I got to meet him for the first time in about 2008/2009 at the High Performance Centre (HPC) in Pretoria and the best advice he’s given me is to always bowl as quickly as I can but be as consistent as I can while doing so.”

What also drew Ismail to Nel was his ability to get under the skin of the crowd and rivals. “I totally get that naughty side of him, pushing the boundaries ... but that’s all part of the image. And we agree that part of the fast bowler’s image is that of toughness, and if you’re an opening bowler you have to set the tone of an innings or match.”

Nel is still around for the odd bit of advice though regarding her bowling mentor it is former Boland and Proteas fast bowler Henry Williams she turns to “at any time, day and night, if I need something tweaked”.

We agree that part of the fast bowler’s image is that of toughness, and if you’re an opening bowler you have to set the tone of an innings or match

She has played around the world since her 2007 debut — the 2021 Women’s World Cup in Australia and the more recent Hundreds competition in the UK — so crowds are not new to her. But even she is excited at the prospect of being part of a multiple-code event.

Regarding crowds, Ismail lives in a parallel universe. “I love crowds and thrive on the adrenaline, but the moment I step over that boundary line I shut all the noise out, whether I’m batting or bowling. It’s only when I’m boundary-riding in the field that I’m aware of the crowd — when I can’t hear the changes of fielding being shouted out by the captain.”

Ismail openly admits to having obsessive compulsive disorder (OCD). “It’s just me. If I make a cup of tea, I have to drink it, wash the cup, dry it and put it away, immediately. My casual clothes are all separated exactly according to colours and stacked.”

And that applies to cricket too. “A few years back we were playing an international in Benoni and I needed a new pair of spikes. Andrie Steyn was on 12th man duties and there was a bit of a mix-up with the lacing because I have a very particular way of lacing and putting on shoes, my feet must just slip in perfectly. So, I had to ask the umpire to give me time to do everything properly and it took about five minutes, but that’s just me!”

Not surprisingly, the tearaway fast bowler has a passion for fast cars. She now drives a Ford Focus ST. “I love bowling fast and driving fast. I’d like to upgrade soon though. If money were no problem, I’d battle to choose between a Ferrari or Lamborghini,” she muses.

As is often the case though, behind every fast bowler (or racing driver!) there’s a soft side. Like most people, Ismail has been affected adversely by the Covid-19 pandemic.

“When I played in the WBBL [Women’s Big Bash League] in Australia I had to do two weeks solo in a completely biosecure bubble. Even though I had a treadmill, a stationary bike, weights, the whole lot, I cried for the first eight days solid, that’s how bad the mental aspect of being on your own was.”

Like Ismail, national coach Hilton Moreeng is also a seasoned veteran, celebrating his 10th anniversary with the national women’s set-up this year. “We’re very excited to be part of the Commonwealth Games. It’s also a great preparation for us hosting the T20 World Cup next year.”

“Blessed” is a word he uses frequently when discussing Ismail. “She’s come through the ranks, and now we’re seeing it in both her maturity and match-winning performances.

“She’s doing a vital job in passing down her knowledge to a team with lots of young bowlers. As a country and women’s cricket, we’re so lucky and blessed to have her. She’s a joy to manage, has a huge heart and does everything to put her country on the front foot.”

When she takes the new ball in Birmingham later this year, Ismail will be hoping history repeats itself — who can forget the national men’s side bringing home gold from Kuala Lumpur, 1998? If anyone’s going to be part of that, bank on Ismail — and this time any tears will be those of pure joy.

When white cricket was given out

Just over 50 years ago, SA’s top white cricketers staged a protest in the hope that authorities would allow black players to accompany the team to ...
Features
4 months ago
Next Article