Stuart Broad and James Anderson share 1,156 Test wickets between them 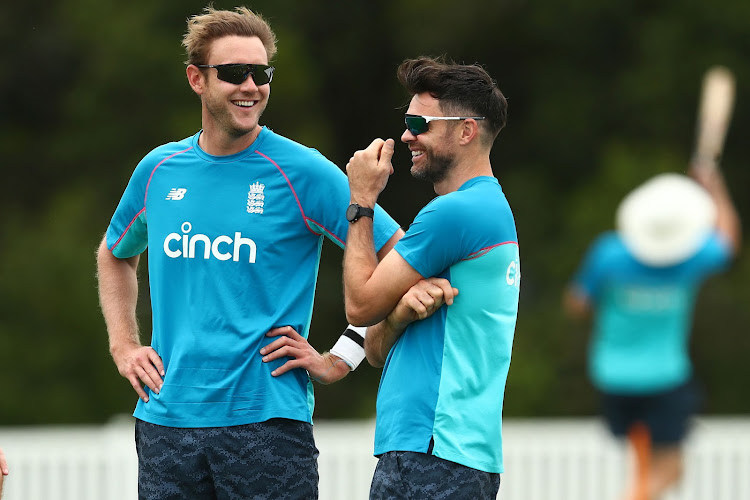 Broad and Anderson have 1,156 Test wickets between them but they were rested for the opening Test in the Gabba, which England lost by nine wickets to trail 1-0 in the five-match series.

The second match, a day-night contest, starts on Thursday at Adelaide Oval.

“They are available, yes,” Silverwood told British reporters on Sunday. “Jimmy will be fit and ready to go for the second Test, as will Stuart. [But] I have not told anyone they are playing yet.

“The guys have already been training with the pink ball behind the scenes. And what we have got is a very skilful set of bowlers.

“We have talent and we still have two of the best up our sleeve as well.”

Australia have won every day-night Test they have played, including the past Ashes clash in Adelaide during the 2017/2018 series.

But hosts fast bowler Josh Hazlewood will miss the second Test with a side injury, Cricket Australia (CA) said on Monday.

Hazlewood’s injury during the nine-wicket win over England at the Gabba opens the door for Jhye Richardson or Michael Neser to bowl for Australia at Adelaide Oval.

Hazlewood bowled sparingly during England’s second innings of the series-opener and headed home to Sydney for scans on Sunday rather than travel with the team to Adelaide.

CA said a decision on Hazlewood’s fitness for the third Boxing Day Test in Melbourne from December 26 would be made after further assessment and rehab.

Selectors will not add any replacements for Hazlewood to the current squad and will instead pick a new squad after Adelaide, CA added.

Two-Test paceman Richardson is seen as the front-runner to bowl at Adelaide, though uncapped Queensland veteran Neser put up his hand with a five-wicket innings haul for Australia A against the England Lions last week in Brisbane.

Australia, which retained the urn in England in 2019, lead the five-Test Ashes 1-0.  Reuters