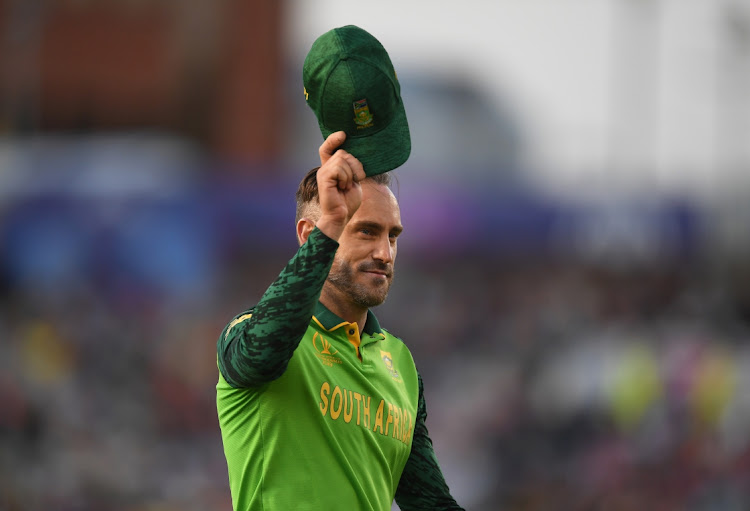 Former Proteas captain Faf du Plessis said there was a lot more to his exclusion from the squad that took part in the T20 World Cup.

Du Plessis said he knew his fate was sealed when he was not included in the squad that travelled to Sri Lanka for their last World Cup preparatory tour before they headed to the United Arab Emirates (UAE).

“I expected it,”  said Du Plessis, who will be featuring for the Bangla Tigers during the upcoming Abu Dhabi T10 cricket tournament in December. “When I wasn’t selected for the Sri Lankan tour, I expected that was the team that would be going to go to the World Cup.

“My expectations were that I wasn’t going to go to the World Cup, even though my performances in the Indian Premier League were exceptional. I don’t think that mattered because they had already decided they would pick a team that was playing together in all the games leading up to the World Cup.

“There is a lot more to it, but I knew that I was not going to go to the World Cup.”

Du Plessis has not retired from the shortest format of the game, and the next T20 World Cup takes place almost a year from now in Australia.

He does not know if he will be there. “It is not my decision but I am enjoying my cricket at the moment. I am playing in T20 leagues around the world and I have a busy schedule with a lot of tournaments coming up.

“For me it is about doing what I like, which is playing cricket, and I have the opportunity to play around the world.

“It is a question that is very difficult for me to answer in terms of yes or no, but the fact that I wasn’t at the T20 World Cup suggests no.”

Du Plessis, who captained the Proteas in all formats for more than five years, also weighed in on the Quinton de Kock issue at the World Cup when he initially refused to take the knee.

“It was very tough, especially to have that put on them on the morning of the match. That was a difficult situation because players are so focused on playing the game of cricket that they don’t always think about the other stuff.

“It is unfortunate that it happened that way and I thought in the SA context of what we deal with, that was a very difficult situation to be put in.

“I have certainly seen from my own perspective that whatever you do people criticise you — whether you take the knee or you don’t take the knee, you will have equal backlash from the different spectrum.

“I think what is important is that the team shows a united front and it was good to see they did take that stance together in support of Black Lives Matter.

“I don’t think Quinny necessarily meant anything initially and I don’t think he expected what was to happen afterwards, but it’s hard for a player. You have to understand that if he did or didn’t he would have received abuse from any side of the spectrum.

“I thought captain Temba [Bavuma] came out nicely to support Quinton. The way he handled it was good and the way the team responded afterwards was really good.

“That incident almost brought the team closer together and they pulled together for a cause. It was really good to see them united after that.”

Had team management paid better attention to run-rate, SA might still have been in the World Cup
Opinion
3 weeks ago