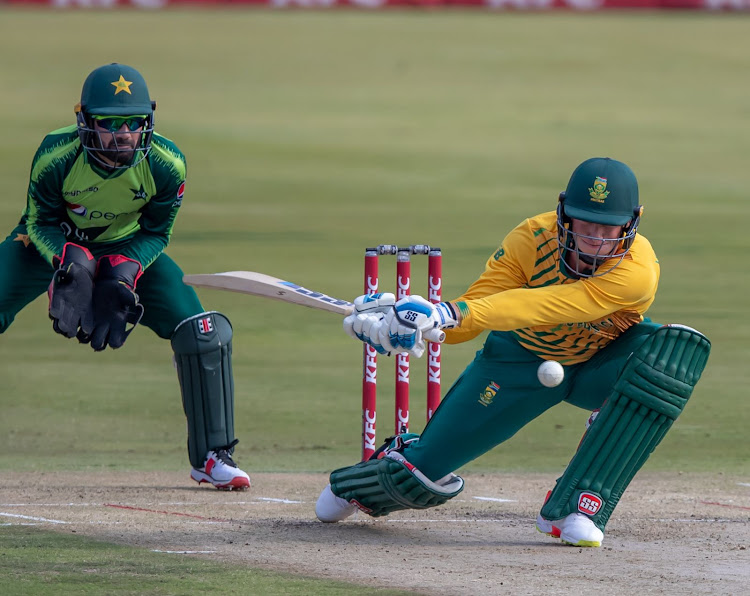 Proteas batsman Rassie van der Dussen says the side is confident ahead of their opening clash of the ICC Men’s T20 competition against Australia on Saturday. Picture: GALLO IMAGES/ GORDON ARONS

Proteas star Rassie van der Dussen says they will take heed of valuable lessons learnt in their two warm-up wins as they head into the clash with Australia in the opening match of the ICC Men’s T20 World Cup on Saturday (noon start SA time).

The middle-order batter made a brilliant maiden T20I century, scoring 101 off just 51 balls to take the team to victory in their final warm-up game against Pakistan on Wednesday.

Van der Dussen was the anchor of the Proteas innings, alongside captain Temba Bavuma who scored 46 off 42, as he played calm and focused cricket to carry his side over the line, hitting his 10th boundary off the final ball of the innings.

“The real test starts on Saturday; we will take the lessons, both good and bad from today, sleep tonight, get up tomorrow and do it all over again,” he said.

“There is still a lot of cricket to be played; you can only do what is in front of you. Saturday is in front of us and we know what we have to do,” he said.

In chasing down a fairly challenging total, Van der Dussen said it gave the team a lot of confidence knowing they can hunt down these kinds of totals.

“I think the guys have been batting well, a guy like Quinny [de Kock] hasn’t even come off yet but we still managed to chase that [score down].

“I don’t think we would be happy with our bowling performance. I don’t think they should have got that many [runs].

“It does bring a little bit of confidence knowing that if we do get it wrong with the ball, the batters can make up,” he said.

Van der Dussen believes the only way to become accustomed to the conditions is to spend time in the middle.

“I think it is vital to spend time on these wickets, they are a bit lower and slower. Especially at night, it gets a bit skiddy and low, so it does change a  bit.

“You would think low and slow would not be high scoring, but almost 400 runs were scored on this field today, so, for the batters, we will take a lot of confidence from the time we have spent out in the middle,” the Lions batsman said.

Speaking about the team performance, Van der Dussen said chasing 187 for victory, they knew it would be a tough but achievable task.

“We needed to give ourselves a chance up front. We were a bit behind in the powerplay, but through the middle we knew we had our boundary option and we knew that if we executed, we would get close.

“The thought was always to have a guy in the last five overs and put them under pressure. So the guys who batted around me did really well.

“I think we managed the innings quite well. Perhaps we needed a bit too many off the last three overs, but luckily we could execute our boundary options at the end,”  Van der Dussen said.

After their first assignment against Australia, SA face the West Indies (October 26) while the fixtures on October 30 and November 2 will see them take on the top two teams who qualified from the first round of matches, also starting at midday SA time, before ending the round-robin phase with a clash against world champions England in what will be their only day-night fixture on November 6 at 4pm.