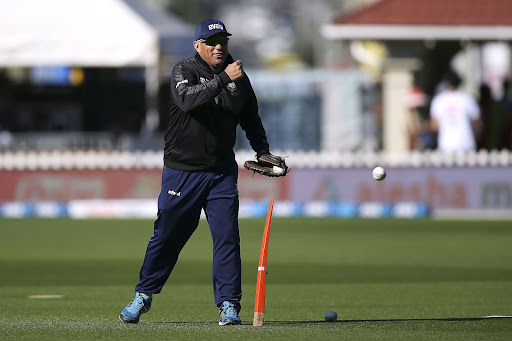 Bangladesh head coach Russell Domingo believes the consistency the team showed in selection has started to pay dividends for his side.

Having been in the hot seat for just more than two years, the former Proteas and Warriors head coach said getting to know his players was a key part of getting the Tigers to play the type of cricket he wanted.

The subcontinental nation is now ranked sixth in the ICC T20 rankings and in second spot in the Super League Series to qualify for the ICC Men’s World Cup.

The Gelvandale-born coach believes they have been a lot more consistent in terms of selection of players but also the brand of cricket they want to play.

“We have tried being more consistent in selection. Being here for just over two years, I understand some of the players’ strengths and weaknesses, where they fit into the side, so we have been a lot more consistent, and fortunately it has brought us some good results,” he said.

Having achieved some momentous series victories at home against Australia and New Zealand, Domingo said now it was about finding the balance and getting some wins under the belt on their travels.

“It’s always an honour to take up an international post. Bangladesh are a developing cricketing side who have had some good results over the past decade.

“So, we must try to get some wins under the belt on our travels, but it will take some time,” he said.

Domingo said the adaptation of coming into a new side with new characters has not been without its challenges but at the same time felt they had taken well to his methods.

“There are some fantastic young players there. I have enjoyed working with the younger boys but also the more experienced heads, world class players who are in the squad.

“As a coach, you connect better with some players than others but that is part of the job. You need to ensure you have good relationships with people,” he said.

The star-studded backroom staff include the likes of former Cobras head coach Ashwell Prince, who is the batting coach, former Proteas coach Ottis Gibson, who takes on the duties of the bowling coach, and Ryan Cooke, the fielding coach.

“When you are a foreigner in a foreign country, it is very important to have a good management staff about you, people you can trust and confide in.

“So having these guys with me has been a huge help, they are all experienced coaches who have experienced different cultures. Having them with me and having good relationships with them has certainly made things a lot easier when away from home,” he said.

Having played on pitches at home which closely resembled the kind of surfaces they may face in the T20 World Cup, which gets under way next week, Domingo feels they are capable of going head to head with the best teams at the competition.

“The squad is quietly confident heading into this tournament. In T20 cricket anything can happen on the day; we come into the tournament having played some good cricket. We got some big series wins and now come in with a bit of momentum. Our spinners particularly have hit some good form at the moment.”