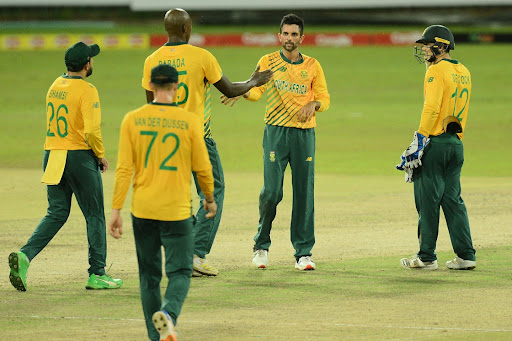 Temba Bavuma says batters will have a tough time in the United Arab Emirates (UAE) during the T20 Cricket World Cup, from October 17 to November 14, as he expects the conditions to be dry and worn out.

The Proteas limited-overs captain agreed with coach Mark Boucher’s views that the traffic caused by the remainder of the Indian Premier League (IPL) being played in the Middle East country will affect the wickets.

SA will play matches in Abu Dhabi, Dubai and Sharjah, where the pitches have produced relatively lower scores in the ongoing IPL.

With the IPL concluding on October 15 and the World Cup starting two days later, Bavuma does not believe there will be enough time to get the pitches refreshed.

“I find it hard to see how the wickets will get better with so much traffic happening on those pitches,” said Bavuma, who will lead the Proteas in three World Cup tournaments in the next three years.

“I don’t think there will be much time for them to be able to really prepare the wickets, so as batters we are expecting to have a tough time.”

While the batters are likely to experience a tough time, the spinners will be chomping at the bit.

With Bavuma injured for five of the six-match white-ball tour of Sri Lanka last month, the team used as many as four spinners under Maharaj with a large degree of success.

Bavuma said the Proteas will not hesitate to deploy all their available slow bowlers during the World Cup.

“Those are conversations we have had as a team, that if the conditions do allow us and dictate we use our slow bowlers, we will definitely do so, like we did in Sri Lanka successfully.

“If the conditions dictate so, I see no reason why we can’t employ three spinners.”

The Proteas World Cup entourage landed in Dubai on Monday and will move to their base in Abu Dhabi.

The team will have a warm-up match against Afghanistan on October 18 and will start their World Cup campaign against Australia in Abu Dhabi on October 23.

They will play the West Indies on October 26 in Dubai and against the two yet-to-be-determined qualifiers on October 30 and November 2 before a confrontation with England in Sharjah on November 6.

Instagram influencers and the vain might love a video call, but for the rest of us, the continued glimpses of our verlepte hair and weird involuntary ...
Opinion
1 week ago

How to... Create a hybrid work space

Simplify meetings by getting everyone at the office to share one screen.
Careers
4 weeks ago
Next Article