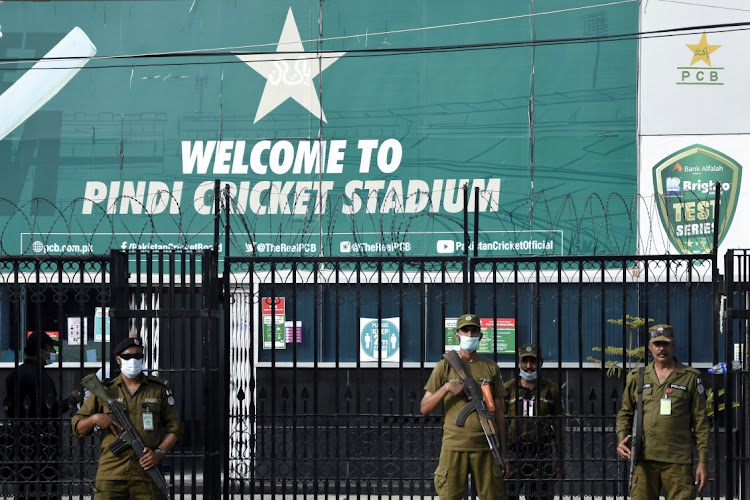 England have withdrawn their men’s and women’s teams from October’s tour of Pakistan, the country’s cricket board said on Monday, three days after New Zealand abandoned their tour of the country amid security concerns.

The England teams were each scheduled to play two Twenty20 international matches on October 13 and 14 in Rawalpindi, with the women’s side due to stay on for a three-match one-day international series from October 17-21.

“The ECB [England Cricket Board] convened this weekend to discuss these extra women’s and men’s games in Pakistan and we can confirm that the board has reluctantly decided to withdraw both teams from the October trip,” the ECB said in a statement.

“The mental and physical wellbeing of our players and support staff remains our highest priority and this is even more critical given the times we are currently living in.

“We know there are increasing concerns about travelling to the region and believe that going ahead will add further pressure to a playing group who have already coped with a long period of operating in restricted Covid environments.”

The ECB added that the men’s team touring under such conditions would not be ideal preparation for the Twenty20 World Cup that begins next month.

“We understand that this decision will be a significant disappointment to the PCB [Pakistan Cricket Board], who have worked tirelessly to host the return of international cricket in their country,” it said.

“We are sincerely sorry for the impact this will have on cricket in Pakistan and emphasise an ongoing commitment to our main touring plans there for 2022.”

PCB chair Ramiz Raja said he was disappointed with the ECB’s decision but added that the Pakistan team would “survive”.

“Disappointed with England, pulling out of their commitment and failing a member of their cricket fraternity when it needed it most,” Raja wrote on Twitter. “A wake up call for Pakistan team to become the best team in the world for teams to line up to play them without making excuses.”

New Zealand abruptly abandoned their tour of Pakistan on Friday citing a security alert, in a huge blow to the South Asian country’s hopes of staging regular international cricket.

The tour was due to get under way with the first of three one-dayers in Rawalpindi on Friday but the New Zealand team did not travel to the stadium.

International teams have largely refused to tour Pakistan since an attack by Islamist militants on the Sri Lanka team bus in Lahore in 2009 that killed six policemen and two civilians.

There are fears that New Zealand’s decision to go home will keep them away and Australia, who are scheduled to visit in February-March next year, also appear wary.

A Cricket Australia spokesperson said the organisation was monitoring the situation and would “talk with the relevant authorities once more information becomes known”.