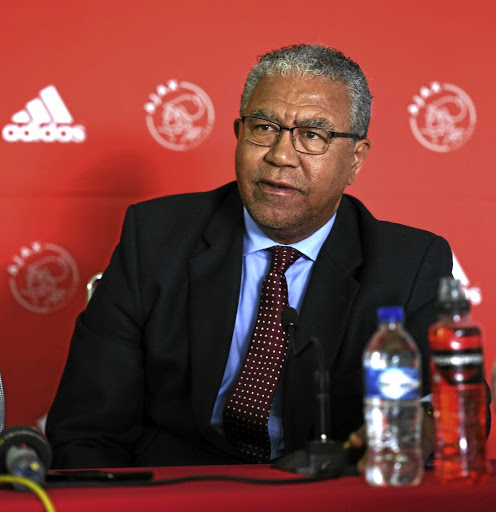 Players’ union the SA Cricketers’ Association (Saca) has been accused of being an obstacle to transformation in previous years‚ especially when it came to the selection of black players in the national team.

The allegation was made by Cricket SA board member Norman Arendse, speaking as the organisation’s former independent lead director and president.

Arendse made these claims during his testimony at the public hearings of Cricket SA’s social justice and nation building (SJN) project‚ which was established to investigate racial discrimination within the organisation and recommend remedial action.

He served as Cricket SA president from 2007 to 2009 and later as an independent director from 2013 to 2018. Arendse is back in cricket administration after being appointed as one of the eight new directors on the innovative majority independent Cricket SA board in June.

The advocate said the players’ union was frequently opposed to change when he was Cricket SA president in 2008.

“Saca was often an impediment to change in our cricket‚ especially when it came to our national team‚” Arendse told the transformation inquiry. “That was because Saca was overwhelmingly white and it was mostly white players playing franchise cricket.

“It was very difficult for black players to break through. But because of the targets we introduced, [there were] more and more black players who started playing professional cricket.”

In his view‚ Saca has since made strides in embracing transformation. “The demographics of Saca changed and also their attitude towards transformation‚ but when I was president in 2008 Saca was a huge stumbling block. That changed, fortunately‚” he said. “It is because of those targets that we put in place.”

The theme of the transformation hearings so far in the first week of proceedings is that racial discrimination at Cricket SA is historic and systematic. The inquiry has heard many testimonials and complaints over the slow progress made in relation to Africans being selected for the Proteas.

Arendse said many sports codes‚ including cricket‚ that were historically white-dominated were recalcitrant to change and it was the sports and recreation act that reined them in.

“The National Sport and Recreation Act of 1998 is important [and] it is because of that act that the sports minister‚ through this act‚ and the sports confederation Sascoc [SA Sports Confederation and Olympic Committee] requires all sporting codes‚ including cricket‚ to comply with various transformation targets.

“If you do not pass certain targets and you don’t satisfy Sascoc and the minister in terms of certain targets‚ it may lead to government derecognition and defunding. It is an act that keeps rugby and cricket on their toes.”

Arendse said historical discrimination in cricket is not only limited to the playing field and access to the game for the black majority.

“The inquiry is not only looking at the complaints of players‚ there are also staffing issues and that applies to Cricket SA as we are a company‚ and we are also required to comply with the law‚ especially in terms of procurement.”

The chair of the SJN transformation hearings‚ advocate Dumisa Ntsebeza‚ has invited anyone or organisation implicated by witnesses in the inquiry to make a submission.

All the witnesses who have given testimony so far have done so under oath.