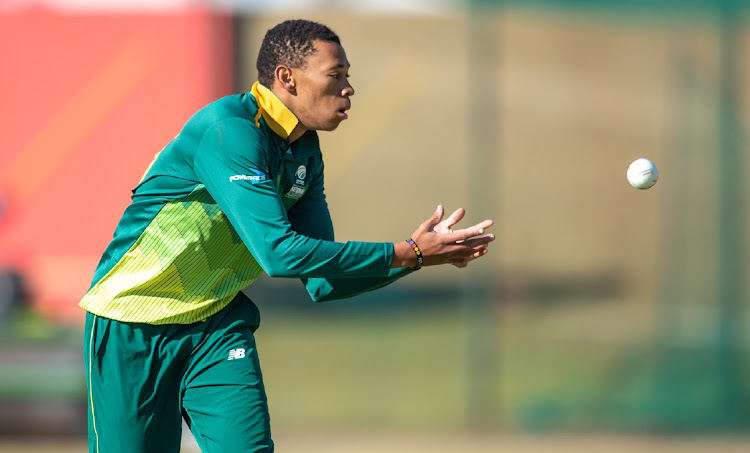 Durban — One of SA cricket’s rising stars Thando Ntini is looking forward to calling Kingsmead Stadium home when he joins the Hollywoodbets Dolphins hoping to feature heavily for the trophy-winning team.

The 20-year-old, East London-born bowler joins the Dolphins after a season on the highveld with the Titans and says moving back to the sea is a homecoming of sorts.

“Coming to Durban is returning to familiar conditions for me,” Ntini said. “I’m a coastal boy so I didn’t really enjoy the highveld too much but I learnt a lot in my time there and I think I can bring a lot of those lessons with me to Durban.”

A common thread for players moving is game time and getting more opportunities. For Ntini, this is the case as well as the exciting dynamic that is has been established at Kingsmead.

“I wanted to be in an environment where I am going to play a lot more than I did last season. My move here was about more playing time and I know that I need to capitalise on the next few years in my career.

“I also really wanted to work with the coaching staff at the Dolphins.” He said that working with Duzi Mbatha, Imraan Khan and Quinton Friend “is something I am really looking forward to”.

Ntini hopes to ensure that he is front of mind for selectors across all formats of the game during his time with the Durban provincial outfit.

“Being first choice across all formats is the goal and hopefully I can settle in well with the guys now during preseason. This is so that when it is time for the team to be picked for that first game I am on the team sheet.”

The Dolphins spinners have come to the fore over the past few seasons and have become proven match-winners for the side. This is a strength of the Dolphins, but Ntini knows there is still an important role for seamers to play.

“It’s important that the seamers take responsibility with Keshav [Maharaj] with the Proteas most of the time and Subs [Prenelan Subrayen] also breaking into the national set-up. That gives us seamers the opportunity to stake a claim and make an impact,” he added.

Fitting in and adapting to the Durban lifestyle will not prove to be difficult for Ntini, who has a good relationship with the bulk of the players in the squad.

“I’ve played a lot of cricket with and against most of the guys at national Under-19 level and at an amateur level. It’s not like I am going into a completely new environment not knowing anyone. I am pretty familiar with everyone and have a pretty decent bond with everyone in the side.”

Friend, the bowling coach, has turned the Dolphins attack into one of the most successful in the country and working with the former Dolphins seamer is an exciting prospect for Ntini. “It will be my first experience working with Quinton so I am excited and his work doesn’t go unseen. I think it’s important that I go into the preseason with an open mind and take in as much as I can,” Ntini said.

It’s a different side from the one that lost by a whisker against England in the World Cup in 2019, says Kane Williamson
Sport
1 week ago