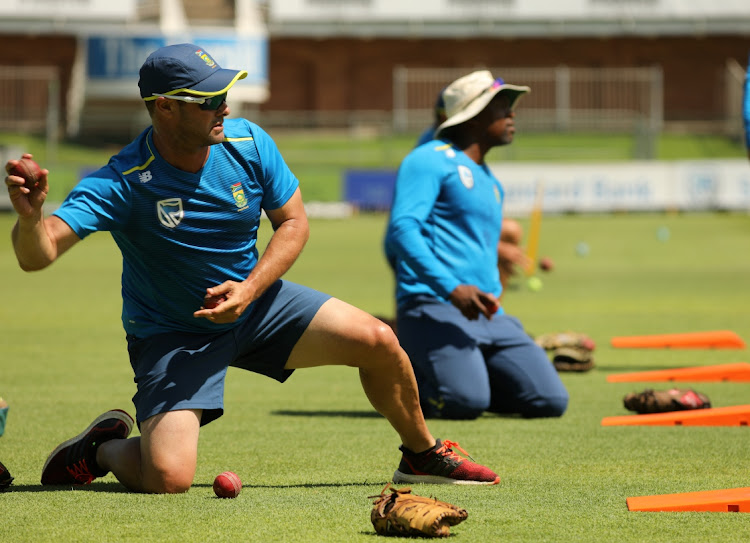 Protea's head coach Mark Boucher during practice ahead of a Test against England at St George's Park in Gqeberha. Picture: FREDLIN ADRIAAN

Proteas coach Mark Boucher hopes to have a full-strength squad for the yet-to-be confirmed tour to the West Indies.

With less than six months before the start of the T20 World Cup in India‚ SA does not have a settled squad in this format. They recently lost 3-1 to Pakistan.

The only confirmed engagement for the Proteas before the World Cup is the tour to Ireland in July where they are scheduled to play three ODIs and three T20Is against Malahide and Stormont.

In the T20 series loss to Pakistan‚ the Proteas were without injured Temba Bavuma and Rassie van der Dussen‚ while Quinton de Kock‚ Kagiso Rabada‚ Anrich Nortjé‚ Lungi Ngidi and David Miller are playing in the Indian Premier League (IPL).

Van der Dussen returned for the third T20 match against Pakistan in Centurion but his experience was not enough to help the team to at least level the series.

“We have always earmarked the West Indies trip that is coming up‚ that’s where our full squad needs to be together and learn different aspects of each other’s games‚” said Boucher‚ who is under increasing pressure from the public after a run of poor results.

“It would have been nice to have that at this tour [against Pakistan]‚ but it was not possible. Certainly going forward now we need to start looking at getting all our players fit‚ ready and getting them in a form that you want them to be.”

Against Pakistan‚ debuts were handed out to fast bowlers Lizaad Williams and Sisanda Magala with promising results‚ and openers Janneman Malan and Aiden Markram also proved their worth at the top of the order.

“This series has given us a view with regards to the depth pool and in the back of my mind I have a fair idea of the enlarged squad that we can look at.

“I am pretty sure that we will be able to match international standards. We have given a lot of opportunities over the last while because of Covid-19 complications and injuries. There were tours we were supposed to go on‚ but we couldn’t because of Covid-19.

“You can see that the next group of players are a little rough on the edges. They perform well under certain circumstances of the game and in international cricket you can’t perform in patches. You have to perform well all-round to win games but we were good in patches and not polished.”

The staggering, crass ineptitude and selfishness of the members’ council emerges at a special general meeting
Opinion
2 weeks ago