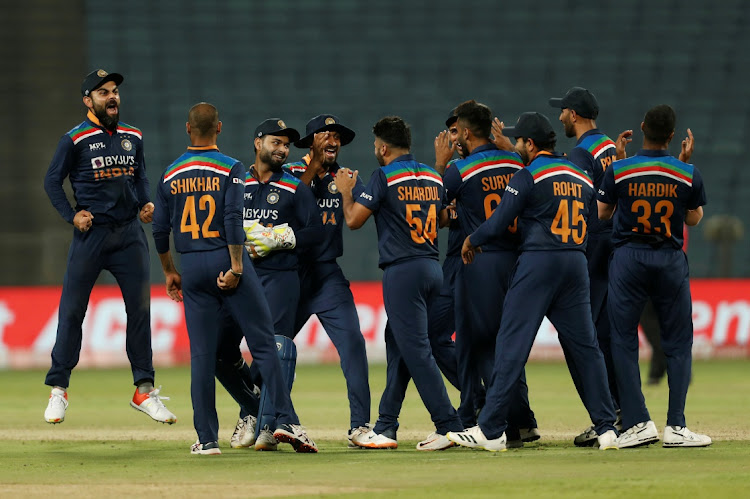 Mumbai — England have no reason to push the panic button despite their 2-1 loss to India marking a second straight series defeat in the 50-overs format, says stand-in captain Jos Buttler.

England have dominated white-ball cricket in recent years, piling up nine one-day series victories in a row. They also top the world rankings in both the 50 overs and Twenty20 format. However, their seven-run loss to India in a thrilling decider on Sunday came on the heels of the World Cup champions’ defeat to Australia at home in 2020.

Buttler, who led the side in the last two ODIs against India in the absence of the injured Eoin Morgan, said England were blooding fresh talent and the back-to-back defeats were nothing to worry about.

“We’ve been a brilliant side for a long time now, I wouldn’t read too much into it,” Buttler told reporters after Sunday’s loss. “We’ve lost two series now but it’s two series in the last 11. We are still a very good side, we’re expanding the talent pool with a few guys missing and a few other guys getting opportunities, which is fantastic.

“That’s been a big part of us getting better and better as a side and we never want to put limitations on what we’re capable of. We’ll continue to try to push the boundaries and strive to do that.”

Defeat in the ODI series capped a poor tour for England, who also lost the Test series 3-1 and suffered defeat in the T20 leg. But with India scheduled to host the T20 World Cup later this year and the 50-overs World Cup in 2023, Buttler was pleased with England’s exposure to the conditions.

“It’s a long cycle looking ahead to the next World Cup [in 2023] and of course you want to learn and win at the same time,” the wicketkeeper-batsman said. “We’re disappointed when we don’t do that but there’s a big picture.”

The skipper, who declared himself unfit, says there is nowhere to hide on the field in international cricket
Sport
3 weeks ago
Next Article