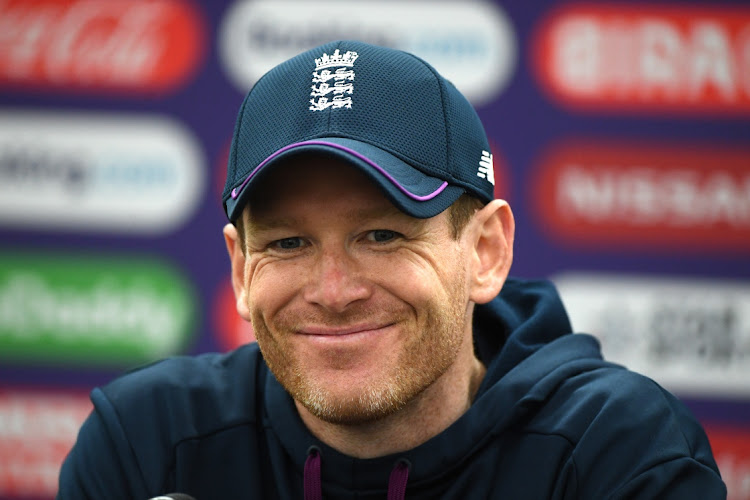 Mumbai — England skipper Eoin Morgan has been ruled out of the final two one-day internationals (ODIs) against India after splitting the webbing between his thumb and index finger in Tuesday’s opener, the England and Wales Cricket Board (ECB) said on Thursday.

Jos Buttler will be captain from Friday’s second match, while batsman Liam Livingstone is set to make his ODI debut.

Wicketkeeper batsman Sam Billings, who has a bruised collar bone, will be sidelined on Friday, with a decision on his fitness for Sunday’s final match to be taken in due course. Batsman Dawid Malan is also available for selection.

Morgan came out to bat with four stitches in his right hand having split his webbing while fielding on Tuesday and scored a defiant 22, as England lost the match by 66 runs.

He went through a fielding drill during training at the MCA Stadium in Pune on Thursday before declaring himself unfit.

“I had the hand re-dressed before the start of training but it quickly became apparent that I found myself protecting the injury and getting into the wrong positions to catch the ball,” Morgan said.

“There’s nowhere to hide on the field in international cricket these days, especially in limited-over formats, so it didn’t require any great thought to make myself unavailable.

“It was a freak injury and it’s extremely frustrating but there’s nothing I can do about it. It’s now just a case of letting the cut heal. I have every confidence in Jos and the rest of the squad coping without me.”

India batsman Shreyas Iyer is also out of the remaining two ODIs due to a shoulder injury.

• England all-rounder Ben Stokes was unsure if his Rajasthan Royals teammate Jofra Archer would be able to play any part in this year’s Indian Premier League (IPL) due to injury and praised the fast bowler for prioritising his national team commitments.

The paceman missed the final Test against India with a right elbow injury but returned for the five-match Twenty20 series, claiming a career-best 4/33 in the fourth match in Ahmadabad.

Archer subsequently withdrew from the three one-dayers in India to return home and the English cricket board said he will miss the start of the April 9-May 30 IPL.

“We’re not sure how much of it he’ll be able to play a part, if any,” Stokes told reporters on Thursday. “One thing that we need to be very mindful of is that Jofra does need to give this elbow a chance to recover.”

England have a packed schedule for the home summer with Test series against New Zealand and India and white-ball fixtures against Sri Lanka and Pakistan before the Twenty20 World Cup in India and the Ashes against arch-rivals Australia.

“It’s great that he came out and said he’s putting his England commitments before everything else,” Stokes said of Archer. “It’s tough having an injury, then getting through a game, and then going backwards again.

“I think long term for his career, this is a very sensible option for him to be taking.”

Stokes returned to England’s 50-over set-up for the first time since the side’s 2019 World Cup triumph at home during the defeat against India on Tuesday and batted at an unfamiliar No 3 spot in the absence of the rested Joe Root.

The 29-year-old, England’s hero in the World Cup victory, managed to score just one. “There would be talk, whoever filled the place at No 3 with Rooty not being here,” Stokes said ahead of Friday’s second ODI.

“People keep talking and I’ll just go out and try to do what I’ve been asked to do.

“But I did actually message Rooty and asked him about his mindset at three, and he was pretty clear to me in saying ‘just play the way you play’. Just because he plays a certain way doesn’t mean I have to do it like that.”

With the cricket world watching biosecurity during the Sri Lanka tour, we had better get it right
Sport
4 months ago