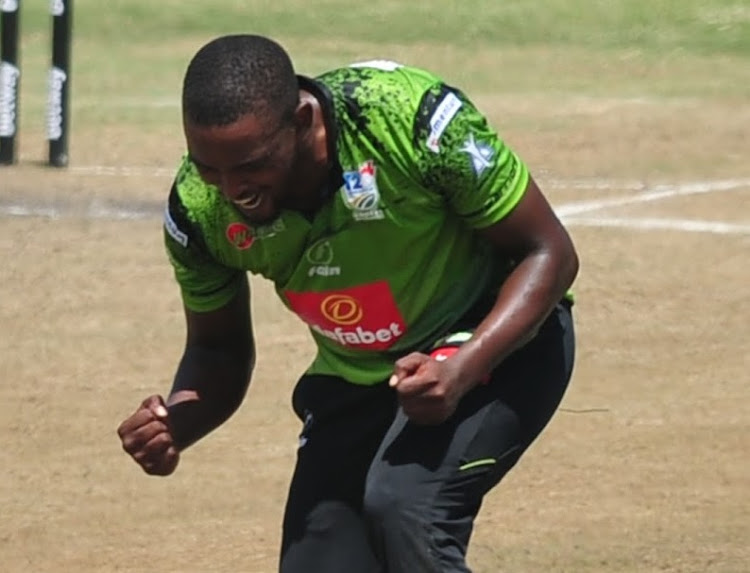 A career-best return from Mthiwekhaya Nabe added to some fine batting cameos helped the Warriors keep alive their hopes of reaching the T20 Challenge playoffs with a brilliant upset victory over the Titans in Durban on Wednesday.

The Eastern Cape franchise won with a bonus point when their 157/9 were 43 runs too much for the 114/9 of the Titans at Kingsmead Stadium.

In the end‚ victory was clinical for the Warriors and one that kept open the race for the final qualifying spot as Robin Peterson’s side jumped from last to fourth on the table with their first win of the campaign.

They now have five points‚ three less than the Titans (8) and one more than the VKB Knights (4) and the Cape Cobras (4). All four sides have one match remaining.

Mandla Mashimbyi’s Titans will be rueing what may have been at the start of day six when they had the Warriors on the ropes after Sinethemba Qeshile won the toss and opted to bat first.

Lubbe and Stubbs began the initial repair job with a 54-run fifth-wicket stand‚ before Gqamane went crazy at the death to propel the Warriors to what had earlier looked like a highly unlikely 158-run target.

It was then over to the bowlers as they reacted with skill to keep the Titans in check. Jon-Jon Smuts (1/19) took out Henry Davids (1) in the first over‚ before Dean Elgar (16) fell to Lubbe (1/7).

Despite those two wickets‚ the Centurion-based outfit still looked on track halfway at 60/2‚ but a brilliant caught and bowled by Marco Jansen (2/21) to account for Aiden Markram (31) appeared to alter the momentum.

Nabe then got to work by running through the middle order, leaving the score at 72/5 at one point. After a brief recovery between Simon Harmer (9) and Heinrich Klaasen (22)‚ the 25-year-old struck again‚ and with Anrich Nortjé (1/20) all but ended any hopes of victory.

Nabe’s final figures were his career-best and beat the 2/24 he had claimed for the Giants against the Spartans at Port Elizabeth in 2019/2020.

When a new CSA board is appointed with a competent CEO, a fact-finding trip to Auckland could teach them something about how to run things
Opinion
1 month ago