England pleased with their position in the first Test 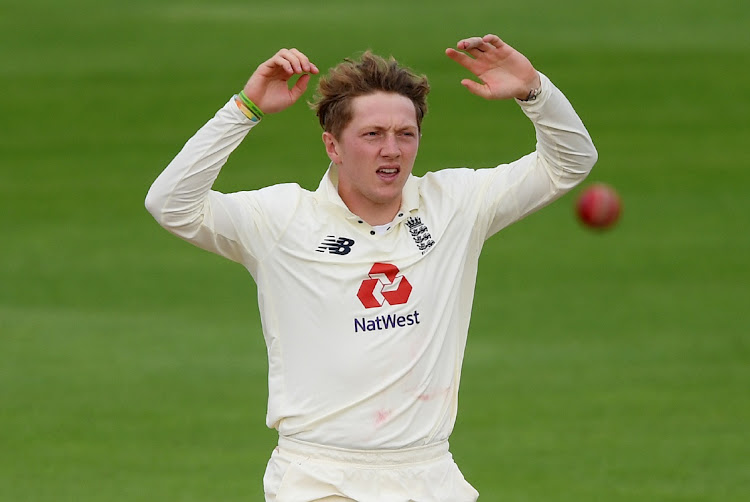 New Delhi — India faced the prospect of having to follow on after England off-spinner Dom Bess ripped the heart out of their middle order to reduce them to 257/6 at the close on day three of the opening Test in Chennai on Sunday.

After England had posted a mammoth 578 in their first innings, pace bowler Jofra Archer removed both India openers to deny them a strong start in their reply. Rishabh Pant and Cheteshwar Pujara forged the only century-plus partnership of the innings, but India still finished the day 321 behind.

Washington Sundar was unbeaten on 33 at stumps and Ravichandran Ashwin on eight with the hosts needing another 122 runs to avoid having to bat again if England enforce the follow-on.

“I think the most important thing is coming back, finishing off their first innings and seeing where they are at that point,” Bess, who claimed 4/55, told reporters. “Obviously, they got these two who can certainly bat, but we put ourselves in a great position.”

Earlier, England’s tail added 23 runs to their overnight score of 555/8. On a slow track that offered little carry, Archer generated extra bounce to dismiss Rohit Sharma caught behind for six.

Fellow opener Shubman Gill struck five exquisite boundaries, scoring his 29 at a run-a-ball rate, before a superb piece of athleticism from James Anderson cut short his stay. Stationed at mid-on, Anderson dived to his left to take a brilliant catch after Gill had spooned the ball attempting an on-drive off Archer.

Bess then delivered a two-wicket burst, which included the prize scalp of Virat Kohli. The spinner drew India’s captain forward with a flighted delivery and Ollie Pope, at short leg, took a sharp catch to dismiss the batsman for 11.

In Bess’s next over, Joe Root came up with an even better catch, throwing himself to his left at cover to send back Ajinkya Rahane. Pujara and Pant, in their contrasting styles, combined in a 119-run partnership to halt the slide.

The dour Pujara made a patient 73 as Pant counterattacked, bringing up his 50 in 40 balls. Pujara fell in bizarre manner, pulling Bess towards short leg where Pope ducked and the ball bounced off his shoulder and ballooned to Rory Burns at short midwicket.

Pant smashed five sixes in his belligerent 91, all off Jack Leach, who eventually had a hand in his dismissal. Nearing his century, Pant advanced down the track to Bess and holed out to Leach in the deep.

“The first session tomorrow is very crucial; we’ll like to bat long as possible,” Pujara told reporters. “There’s a little bit of spin now, but it’s still a good pitch to bat on. We back our tail-enders to bat well in these conditions.

“There’s still a lot to play for and we just want to get as close to that total as possible.”

It is also not India, which pays players a heck of a lot more to play Twenty20 cricket, writes Kevin McCallum
Sport
3 months ago

England batsman wants to learn from, and not just compete with, the other three in ‘big four’
Sport
3 months ago

Aussies deny pulling out of SA tour over money, give health as only reason

Wicket is known to be seamer-friendly‚ but it now looks very dry, Boucher says
Sport
3 months ago
Next Article