Saga calls into question future tours to SA, including visit by Sri Lanka later in December 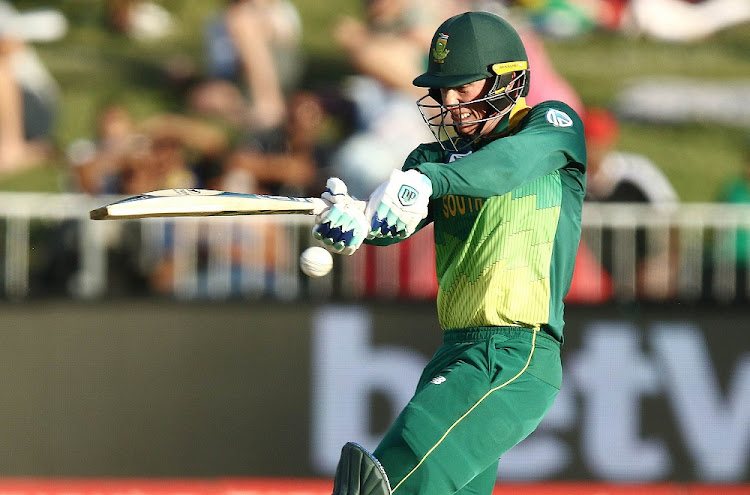 Cricket SA is confident in its Covid-19 protocols despite the postponement of the ODI series against England, with interim board chair Zak Yacoob describing the tourists as having a negative attitude.

Yacoob said the postponement of the three-match series, at England’s request, had caused Cricket SA reputational damage and warned the body would defend itself against “lies” as to the reasons behind the cancellation.

The ECB (England and Wales Cricket Board) said in a joint statement with Cricket SA on Monday that the decision to postpone the tour was over concerns about the “physical and mental wellbeing” of the touring party.

An unnamed SA player and two hotel staff members contracted Covid-19 inside the bio-secure environment. Two members of the England touring party initially returned positive test results as well, but these were later cleared as negative.

“The fact is that they [the England team] were very negative,” Yacoob told reporters on Thursday, referring to the tourists’ attitude.

“We have gone into our protocols and we think they have been very good. There may have been an issue of psychological troubles, where people [in the England team] may have been nervous about false positives.

“We do not wish to blame the English, but we wish to say absolutely that any notion that they went away because there was a fault on our side is completely wrong.

“In fact, we were too lax with their desire to do things which in our strict view they should not be doing [such as allowing players to play golf]. If they say lies about us, we will defend ourselves.”

England’s summer of cricket went off without a hitch with the players kept in tight bio-secure bubbles. In SA, the players were allowed out of their hotel to play golf, at the request of the ECB, due to fears that another month cooped up would have a negative effect on their mental health.

The saga has called into question future tours to SA, with Sri Lanka scheduled to play two Tests in the country, the first starting on Boxing Day, and Australia due to arrive for three Tests in February and March.

Yacoob said he is “95%” sure the Sri Lanka series will go ahead, but adds it is less clear when it comes to Australia.

“My understanding of cricket politics is that the three most powerful nations, Australia and England, and you know who the third one is [India], want to do things their way and want to ensure the less powerful nations play ball with them,” he said.

“So it depends on what Australia thinks is in its political interest at the time, based on what has happened with England. Australia are a powerhouse in cricket, and those types of people are usually a law unto themselves.”

Cricket Australia said on Thursday that it would “continue to plan for the [SA] tour and monitor the biosecurity situation”.

As the commercial architecture of the game in SA collapses, it threatens not only domestic cricket but our competitiveness on the world stage
Features
7 months ago

Cricket SA interim board freezes out Ramela and Vonya