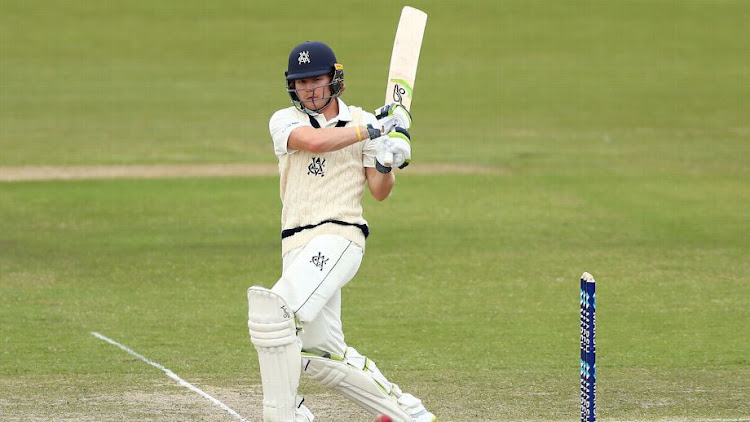 Melbourne — Opening batsman Will Pucovski retired hurt in Australia A’s tour match against India A on Tuesday after being struck on the helmet by a bouncer, raising fears about his fitness for the first Test against India next week.

Pucovski, who has been tipped to partner opener Joe Burns in place of the injured David Warner at Adelaide Oval, was hit by a short ball from paceman Kartik Tyagi when on 23 late on the third and final day at Drummoyne Oval in Sydney.

The 22-year-old dropped his bat and remained on hands and knees on the pitch for a few moments. After being examined by the team doctor, Pucovski got to his feet and was able to walk off unassisted to the dressing room where he was to have concussion tests.

Given his history of concussion problems, Australia’s selectors are likely to be cautious about risking him for his debut in the pink-ball Test at Adelaide Oval starting on December 17.

Pucovski’s head knock adds to a long list of injuries for Australia, with Warner (groin), seamer Josh Hazlewood (back) and spinner Ashton Agar (calf) all sidelined in recent days. It also capped a sour match for Australia’s prospective opening partnership in the Test series, with Burns dismissed for a third-ball duck on Tuesday after managing only four runs in the first innings of the drawn contest.

Uncapped all-rounder Cameron Green boosted his hopes of Test selection, however, finishing with an unbeaten 125 in Australia’s declared first innings total of 306/9. He then took 2/12 from four overs, removing openers Prithvi Shaw (19) and Shubman Gill (29), as India put on 189/9 declared in their second innings.

India A wicketkeeper Wriddhiman Saha, vying with Rishabh Pant to wear the gloves in the Test series, top-scored for the tourists in the second innings with an unbeaten 54.

Australia A were 52/1 in their second innings reply at the close of play on Tuesday, with Marcus Harris, who opened the batting against India in the 2018/19 series, unbeaten on 25.

Shuaib Manjra says locking down Covid-19 is a mammoth task, and humans are fallible
Opinion
7 months ago