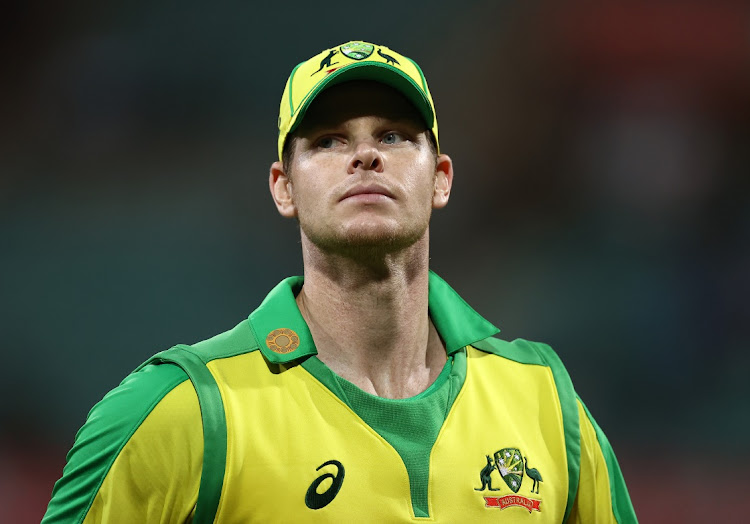 Steve Smith of Australia looks on during play on the first day of the international series between Australia and India, at Sydney Cricket Ground in Sydney, Australia, November 29 2020. Picture: RYAN PIERSE/GETTY IMAGES

Steve Smith was at his imperious best as he scored a second successive 62-ball century to drive Australia to a 51-run victory over India at the Sydney Cricket Ground on Sunday, sealing the one-day series 2-0 with a match to spare.

The clash, almost a carbon copy of Australia’s 66-run win in Friday’s match at the same ground, was soured for the home fans by an injury to David Warner that may rule him out of the Test series around the new year.

Warner had scored a bright 83 in an opening partnership of 142 with his skipper Aaron Finch (60) as Australia made light of the stifling afternoon conditions to pile on a huge 389/4.

Four overs into India’s reply after a southerly wind had brought a dramatic drop in temperatures, however, Warner injured his adductor while fielding and had to be helped off the field. The 34-year-old opener was taken to hospital for scans, and Australia will be sweating over the results with the start of the test series 18 days away.

His teammates wrapped up the match comfortably enough despite a fine innings of 89 from Virat Kohli and a 72 from wicketkeeper KL Rahul as India limped to 338/9.

“I felt good from ball one and was really able to go hard,” said Man of the Match Smith. “Nice to score some runs for the team and get a good total. Nice performance.”

With the appointment of a talented interim board, cricket’s woes have been addressed. There’s still a way to go, writes Luke Alfred
Life
9 months ago

South Africans won’t be taking the knee in the cricket series against England, but the issue remains sensitive and divisive
Sport
9 months ago