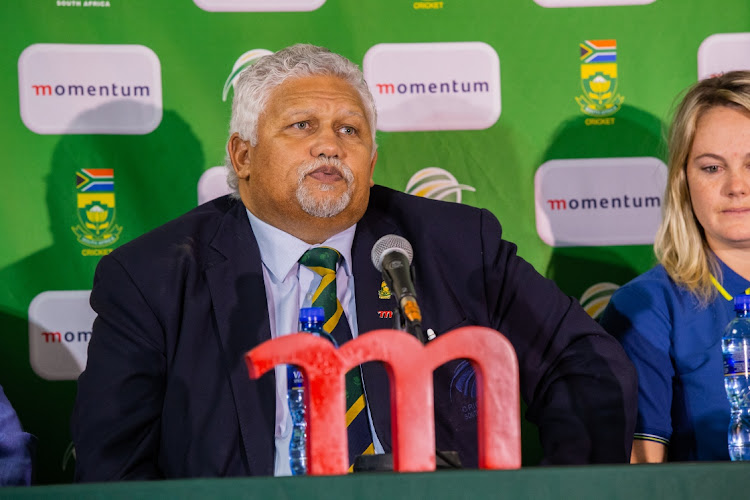 Williams was one of four non-independent board members who tendered their resignations ahead of Sunday’s members’ council meeting.

The others are Eastern Province’s Donovan May‚ Limpopo Cricket’s John Mogodi‚ Tebogo Siko from the Northerns Cricket Union and Boland’s Angelo Carolissen.

Free State’s Zola Thamae was yet to submit her resignation at the time of publication, while Williams is the only one of the quintet who has also resigned from the members’ council. Thamae has been dealing with a family bereavement and hasn’t been able to attend to board matters.

It is understood Cricket SA will inform sports‚ arts and culture minister Nathi Mthethwa that it is willing to agree to the creation of an interim governance structure.

Cricket SA has until Tuesday to give Mthethwa written representations on why he should not intervene in their matters.

The structure will be made up of four independent board members‚ a representative nominated by the minister‚ one by Sascoc and another by the International Cricket Council (ICC).

Cricket SA will also propose that a former national team cricketer of good standing will serve on the board pending approval from the SA Cricketers Association.

Crucially‚ the people who will serve on the interim governance structure would not have been involved in Cricket SA in the past four years. Furthermore‚ they should not have participated in the Fundudzi-led forensic investigation that is at the heart of Cricket SA’s mess.

More resignations are expected after the members’ council also resolved to have the independent board members removed.

It is understood the member’s council resolved on Sunday that the independent board directors are not going to be part of the interim structure that will be required to provide governance oversight during the transitional period.

The member’s council has apparently indemnified board members against any liabilities that could arise from the mass resignations.

Dheven Dharmalingam has already resigned after his offer to step aside on Friday‚ which means Eugenia Kula-Ameyaw‚ Marius Schoeman and Vuyokazi Memani-Sedile are also expected to resign.

“The members’ council requested all the directors on the board‚ including the independents‚ to resign from the board. As you would know‚ one has resigned and we’re operating on a tight schedule‚ so I wouldn’t want to speculate.

“There aren’t any time frames‚ but the members’ council will respond to the minister. Our deadline is Tuesday at 5pm‚ but we’ll respond much earlier than that‚” Richards said.

NEIL MANTHORP: CSA board prepare to fight for their privileges