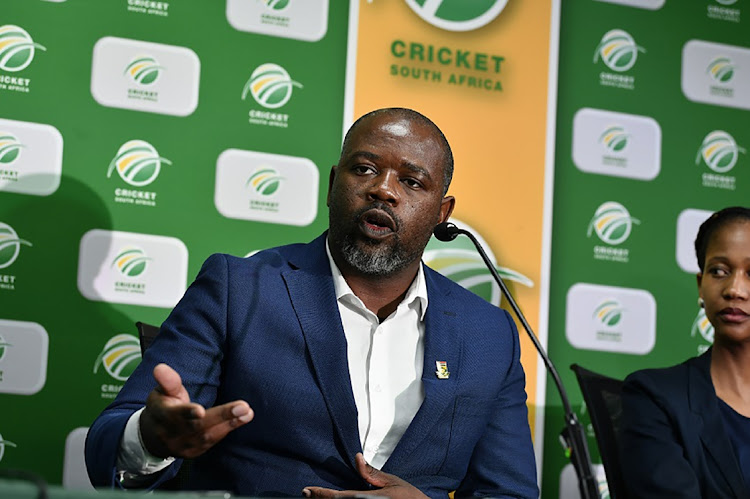 Thabang Moroe’s repeated breaches of the Companies Act were at the core of his drawn-out axing as Cricket SA’s CEO in August.

In a media briefing, Cricket SA members’ council representative John Mogodi went through a summary of the forensic report which described how breaches of the Companies Act‚ among other issues, led to Moroe’s dismissal.

Moroe was suspended on December 5 in 2019, after which a forensic investigation was launched into Cricket SA’s fiduciary activities for a 48-month period dating back to 2016. It was completed and delivered to Cricket SA’s audit and risk committee on July 31. On August 27‚ Moroe was fired.

Moroe’s infractions of the Companies Act concerned the revoking of journalists’ accreditations‚ the step-in rights at the Western Province Cricket Association‚ the Global Sports Commerce deal, and the flouting of appointment and procurement procedures.

The matter of Cricket SA’s company credit cards being used for alcohol purchases was also addressed in the summary‚ with Moroe and former COO Naasei Appiah being fingered for excessive purchases.

“There appears to be excessive or irregular expenditure on alcohol by some of the Cricket SA employees including Appiah and Moroe,” the report noted.

“Fundudzi [Forensic Services] confirmed transactions relating to the purchase of alcohol totalling R201,372.80 and R64,830.50 for Appiah and Moroe respectively. Clothing items purchased from New Balance to the value of R207,128 were not purchased through the standard procurement process of the Cricket SA procurement policy.”

The appointment of Chantel Moon as the head of human resources was also highlighted in the summary‚ with the report further saying that Moon did not have the minimum qualifications to occupy the position.

“Moroe transferred Musa Gubevu from HR to the transformation department. There is no evidence of nonperformance by Gubevu that may have warranted his transfer from HR. Moroe appointed Moon as head of HR without following procurement processes‚” the report said.

“Moroe decided to fill the position of HR manager with a consultant and not a permanent employee as required. Moroe caused Cricket SA to pay People Link R1,699,335 for the period August 2019 to April 2020 without following procurement processes.”

According to the report‚ the appointment of “Service Provider X” could have serious judicial implications for Moroe from a recommendation perspective.

An independent forensic investigation showed that Moroe had committed acts of serious misconduct, the CSA board says
Sport
1 year ago