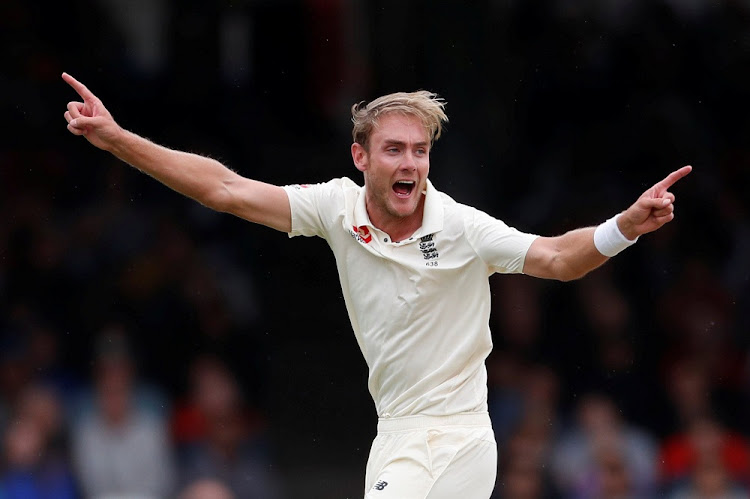 Manchester — Stuart Broad grabbed his 500th Test wicket to set England on their way to a resounding 269-run win over the West Indies in the third and final Test at Old Trafford on Tuesday.

Broad joined an elite club, finishing with match figures of 10/67, as the West Indies were bowled out for 129 runs in between several rain delays in Manchester.

England won the first Test series since the coronavirus  pandemic 2-1 and will almost immediately go into another three-match Test series against Pakistan, starting next week.

West Indies were always up against it after being set an improbably 399 to win and losing the first two wickets of their second innings to Broad on Sunday, where they were 10/2 at the close.

Monday’s play was washed out but Broad did not take long to continue his heroics on Tuesday as he trapped Kraigg Brathwaite leg before wicket for 19.

“It was very special to have got [500 wickets] and even more so to help win a Test that helps to win the series for us,” Broad said.

The 34-year-old bowler had taken the last four wickets of West Indies’ first innings and the first three of their second innings in a dominant performance capped by reaching the 500-wicket milestone — only the seventh Test cricketer to do so.

Brathwaite was also the 500th Test victim of James Anderson at Lord’s three years ago, serving up a unique double for England’s most successful bowling duo.

“What a stat that is,” said Broad. “The stars had to be aligned for that to have happened.”

Anderson opened the bowling with Broad on Tuesday but it was Chris Woakes who did the most damage, finishing with figures of 5/50. He had Shai Hope caught for 31 by Broad after a wild swing which saw the ball go straight up into the air. Shamarh Brooks followed soon after as he got an inside edge and was caught behind.

After lunch, Roston Chase was run out for seven by Dom Bess as the tourists risked an unnecessary single and when captain Jason Holder was lbw to Woakes for 12, any suggestion of a resolute stand looked over.

Woakes’s next two victims were also caught shuffling across the crease, with Shane Dowrich out for eight and Rahkeem Cornwall for two.

Fittingly it was Broad who secured victory as Jermaine Blackwood was caught behind for 23.