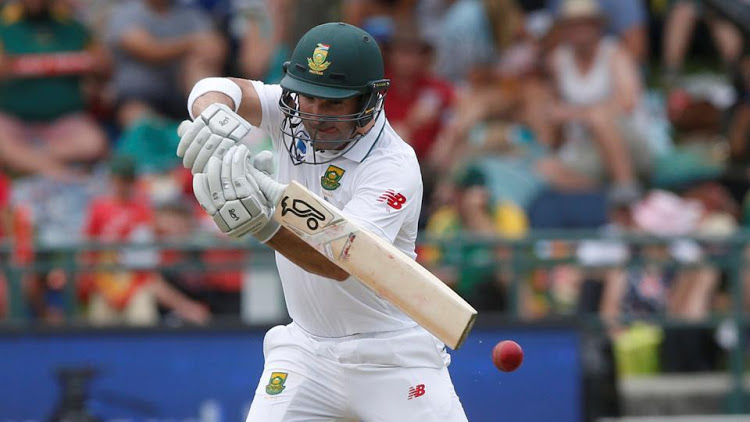 Proteas opening batsman Dean Elgar has said there is room for “hard chats” in the SA dressing room after the worst season since readmission almost three decades ago.

The Proteas won only three of their eight completed games at the 2019 Cricket World Cup in England‚ crashing out of contention for a place in the semifinals with two league matches still to be played.

They followed that up with a dispiriting tour of India in October in which they were hammered 3-0 and twice lost by an innings.

Another Test series defeat‚ this time a 3-1 hammering at the hands of England at home‚ was the miserable finale as they wrapped up a horrendous summer.

To be fair, the Proteas were rocked by the retirement of key players‚ injuries and a handful of players making their debuts.

Elgar believes straight talk does not break a relationship but said caution has to be exercised in dealing with different characters within a dressing room.

“You have got to know your personnel or your teammates that you can have hard chats with‚” said the 33-year-old, who has aspirations to captain the Proteas Test side.

“Sometimes you have just got to sit around a table and express what you are feeling and sometimes people don’t like hearing the blunt truth and I think that is something that maybe we lack around the world.”

Elgar has been a ray of light during a dark Test period for the Proteas since the forgettable tour of India last October and carried his important contributions to the equally dispiriting home series defeat against England.

“You have to be a little sensitive to some guys and you must bring your point across in a different manner‚” he said. “You can still have hard chats without shouting and swearing for instance ... you can just say the right things and maybe it will [hit] home.”

Elgar said he has been keeping busy running and cycling during the coronavirus-enforced lockdown. “It’s taking up maybe an hour of your day but other than that I’ve just been at home.

“I would have been on the golf course a little more but with the lockdown rules and regulations in place‚ that was not possible. But I’ve just been at home doing the things I have not been able to do when I am away playing cricket.”

Even if world cricket was not halted by Covid-19‚ Elgar said he would have stayed at home during the SA winter to recuperate instead of playing county cricket in the UK.

“Fortunately, I decided to take this winter off from cricket. I’ve had five or six years of back-to-back cricket where I play in SA or internationally and play county cricket in the UK.

“So I decided to take some time out of the game and just do my own thing this winter‚ get the body back where it should be, because after five to six years of constant playing the body does take some [strain].”

If we can’t spit, we’ll do something else, say bowlers

Aiden Markram would ‘love to captain Proteas Test side’

Aiden Markram would ‘love to captain Proteas Test side’