Barbados-born bowler has become a favourite with fans 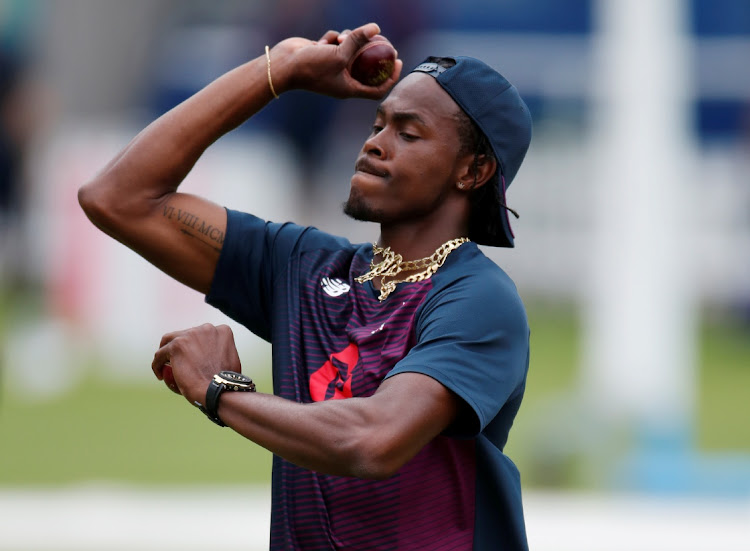 London — England’s fast-bowling sensation Jofra Archer says cricket fans who resort to racist abuse should realise times have moved on and the world is a much more multicultural place.

The 24-year-old Barbados-born bowler has quickly become a favourite with the England fans since he became eligible to play for his adopted country earlier in 2019. The Sussex star benefited from the England and Wales Cricket Board reducing the eligibility period from seven years to three so he did not have to wait until 2022.

He quickly showed his worth by bowling the decisive super over in the thrilling Cricket World Cup final win over New Zealand. He then marked his Test debut by flooring Australia’s star batsman Steve Smith in the second Ashes Test at Lord’s that saw him miss the following match at Headingley with concussion and in his absence England won to level the series.

It was in the fourth Test at Old Trafford — which Australia won to ensure they retained the Ashes — that Archer was barracked by a couple of fans.

“I was aware what the guys were saying — something about my passport — but I blanked them,” he told The Daily Mail in an interview conducted in New Zealand where England are touring.

“It was only later that Rooty [Joe Root the England captain] said the guys got ejected.

“It was the first time I’d seen someone get ejected from a ground, because there were some abusive fans when we played Pakistan at Trent Bridge [heckling Ben Stokes].”

“The world’s changing,” he said. “It’s becoming more multicultural. A lot of people have accepted it for what it is. Look at the England cricket team — there’s huge diversity.

“It’s the same with any football club in the world. I think people have to accept it. Times have changed, it’s not 2007 any more.”

Archer says he sees himself as a role model to young British West Indians who have aspirations to play cricket for England.

“Yeah, to let them know it’s possible,” said Archer. “It doesn’t really matter where you’re born. If you know that cricket’s what you want to do, you never know where you’ll end up.

“I didn’t know my dreams would come true and I’d end up playing cricket for England. If it happens for me, it can happen for anyone.”

Archer says being the man who bowled the decisive super over in the World Cup did not alter his profile.

“Not many England fans knew who I was anyway, so if they saw me in the street they probably thought I was a footballer, or something,” he said. “I guess that was the beauty of it, being able to go under the radar.”

ECB ‘disturbed’ by allegations of racist chanting during Ashes Test

Antiracism body says England game should have been abandoned

England players are ready to walk off pitch over racist abuse