Aiden Markram full of confidence but not getting ahead of himself

Productive time at the crease has done wonders for SA batsman 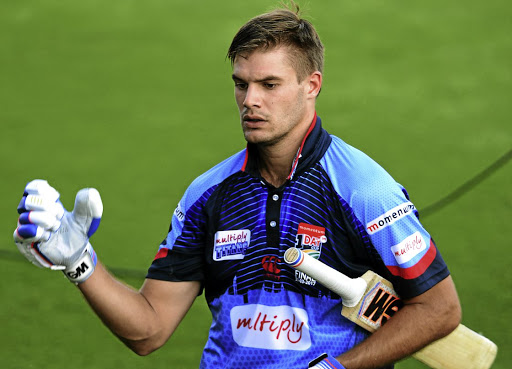 Fresh from a big ton in SA A’s drawn four-day game against their Indian counterparts last week‚ Aiden Markram is full of confidence but not getting ahead of himself on the eve of the tour game against the Indian Board President’s XI starting in Vizianagaram on Thursday.

SA A were soundly beaten in the first four-day game against India A in Thiruvananthapuram where Markram (0 and 4) was not among the runs.

The productive crease time has done wonders for Markram‚ even though he is fully aware that the Test surfaces for the series in Visakhapatnam could be very different next week.

“It was nice to get a few runs but, like I mentioned, by no means will the wickets play in the same way as they did in the A side matches.

“There are always a couple of positives in terms of spending time at the crease, and I’m trying to nitpick at those positives and take as much as I can from those knocks‚” Markram said.

“The preparation for the Test series is going to be massive and every little bit going into the series will help.”

The 2015 series in India‚ in which the Proteas failed to get going with the bat‚ is still fresh in Markram’s mind even though he was still some way off national reckoning at the time.

Batsmen such as AB de Villiers and Hashim Amla‚ titans of previous tours in India‚ were reduced to walking wickets on pitches that turned from day one in the first and the third Tests in Mohali and Nagpur.

SA now have a much changed side, but the team have a fair bit of experience in the country through the A tours.

Markram remembers the doomed tour vividly but said they cannot be worried about uncontrollables such as pitch preparation.

“I remember watching that series a few years ago and it looked incredibly difficult.

“There could be a bit of baggage for the guys who were involved. They may have difficulty leaving it behind and I think that’s completely fine‚” Markram said.

“Tours to the subcontinent are never easy‚ let alone India.

“It’s full of challenges, but if we can conquer those challenges it’s going to be very rewarding.

“We’re not going to harp on about conditions. We’re here now and pretty much know what to expect‚ so it’s about getting the job done.”