Mark Boucher hits out at critics 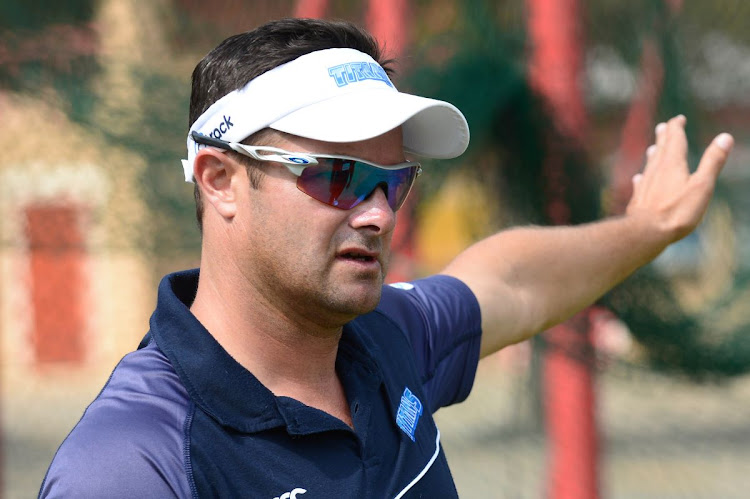 Titans coach and former SA wicketkeeper Mark Boucher has fired a salvo at critics who questioned his coaching certification and suitability for the vacant Proteas team director position.

Boucher‚ in his fourth year of a fruitful head-coaching stint with the Titans‚ said he never turned his back on upgrading his coaching certification‚ adding he had other pressing matters that got in the way of the coaching conferences he was supposed to attend.

A column posted on a cricket website zeroed in on Boucher’s unsuitability and illegibility in regards to the Proteas team director position because of not having a level three coaching certificate. The piece said Boucher has a level two certificate.

“I’ve always said I want to finish my stint here at the Titans and that’s where my focus is right now,” Boucher said.

“There are a lot of people who have said things about me in the media which I didn’t say and there’s a been a lot of abuse from certain media that’s come my way about me just trying to carry on and do my job over here.

“I think it’s unfair and it’s been a demotivating week for me. I’ve had a lot of people phoning me saying this and that‚ making accusations that I don’t want to grow in my coaching.

“The whole thing was about coaching conferences that came up and the two conferences that I missed‚ I had valid reasons for them. The first one‚ I was sorting out stuff for my marriage and the second one‚ we were informed quite late and I’d already got my stuff sorted for my conservation organisation. We had invited a whole lot of wealthy men into the bush to try to get funds for conservation. I couldn’t miss that.”

Boucher said he wasn’t approached for the team director job occupied by Highveld Lions counterpart Enoch Nkwe on an interim basis for the upcoming Test and T20 tour of India.

Boucher‚ whose international career started in 1998 and ended in 2012 because of an eye injury‚ also said there is not a set rule that high-performance coaches have to have a level three qualification to be employed in international cricket.

“People need to get their facts straight‚” he said. “You don’t have to have a level three in order to be a coach and that hasn’t been made a rule by Cricket SA. When I was asked to do a level three‚ they also asked me to lecture the coaches who were doing the level three.

“I said to them: ‘If that’s the case‚ I don’t mind doing a level three but if you want me to lecture‚ then that’s in my personal capacity‚ I’m giving information that I’ve acquired over the years and I feel there’s a fee attached to that. They said there’s no fee and when I went to my employers‚ they said I don’t have to.”

“There are a lot of coaches around the world who don’t have a level three. New Zealander Stephen Fleming is an example and he’s very successful.”

Boucher said he was ready to improve his coaching qualifications‚ adding that he would be keen to take up the team director position in the future‚ so long as he was able to pick his own management team.

The opener has been in scintillating in the Momentum One Day Cup, scoring 542 runs in five innings
Sport
2 years ago
Next Article

Not much rest for busy Proteas ahead of Pakistan Test

Not much rest for busy Proteas ahead of Pakistan Test