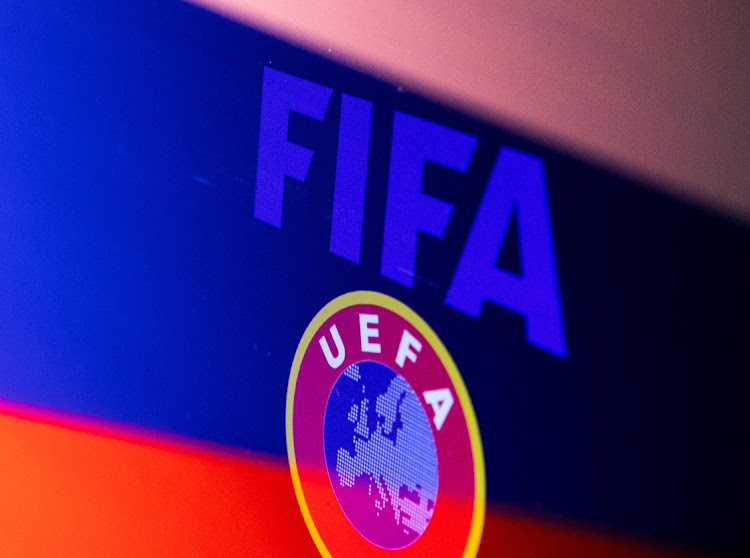 Fifa and Uefa logos are displayed in front of the Russian flag in this illustration taken February 28 2022. REUTERS/DADO RUVIC

Fifa and Uefa suspended Russia’s national teams and clubs from international football on Monday as sporting bodies around the world moved to bar Russian athletes from competing in international events in protest over the war in Ukraine.

The move makes it likely that Russia will be excluded from the 2022 World Cup and the women’s Euro 2020 tournament.

“Fifa and Uefa have today decided together that all Russian teams, whether national representative teams or club teams, shall be suspended from participation in both Fifa and Uefa competitions until further notice,” Uefa said in a statement.

The Russian Football Federation said in a statement it “categorically disagreed” with the decision and added that it was contrary to the “spirit of sports”.

Uefa also confirmed RB Leipzig had been given a walkover into the Europa League quarterfinals after their last-16 match with Spartak Moscow was called off. The governing body also cancelled its sponsorship deal with Russian energy company Gazprom.

The IOC said its executive board made the decision “in order to protect the integrity of global sports competitions and for the safety of all the participants”.

The Russian Olympic Committee categorically disagreed with the IOC, saying the decision “contradicts both the regulatory documents of the IOC and the [Olympic] Charter”.

Ukrainian tennis player Elina Svitolina said she will not play against Russia’s Anastasia Potapova in the Monterrey Open, and refused to play against any Russian or Belarusian players until tennis’s governing bodies implement the IOC’s recommendations.

The IOC’s statement came shortly before the Winter Paralympics begin in Beijing on Friday. The International Paralympic Committee [IPC] will meet on Wednesday to discuss Russia ahead of the Games.

The British Olympic Association together with the National Olympic Committee of Germany demanded the immediate exclusion of Russia and Belarus from international sport.

World Rugby suspended Russia and Belarus from all international rugby and cross-border club rugby activities and suspended the Rugby Union of Russia from World Rugby membership, a move it said was in line with the IOC recommendations.

The International Ice Hockey Federation (IIHF) also suspended all Russian and Belarusian national teams and clubs from its competitions until further notice.

It also withdrew Russia’s hosting rights for the December 26-January 5 World Junior Championship out of concern for the wellbeing of players, officials and fans.

Badminton’s world governing body (BWF) cancelled all sanctioned tournaments in Russia and Belarus, adding that no other badminton tournaments will be allocated to those regions until further notice.

Swimming’s global governing body Fina called off the World Junior Swimming Championships that were to take place in Kazan, while the World Curling Federation began the process of removing the Russian Federation’s entries from the World Championships.

Ukraine’s motorsports federation called on Formula One’s governing FIA to ban all Russian and Belarusian licence holders from taking part in its competitions, which if accepted could put Russia’s Nikita Mazepin out of the sport.

The International Equestrian Federation (FEI) executive board called for all international events to be removed from Russia and Belarus. 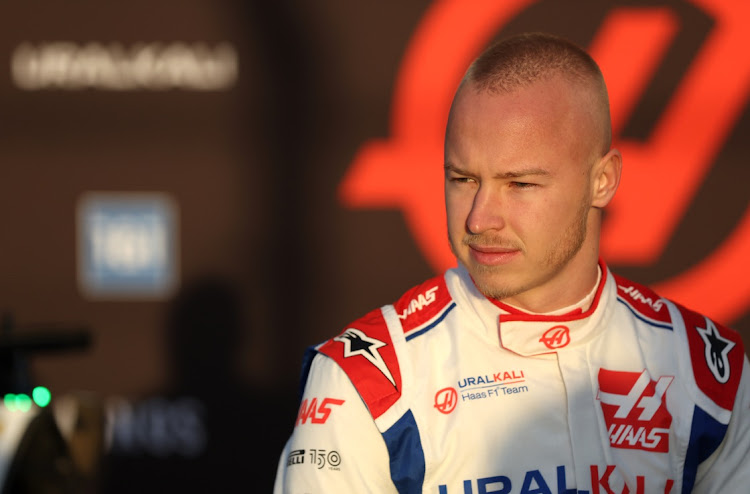