Chippy Koepka getting harder to ignore after fourth Major win 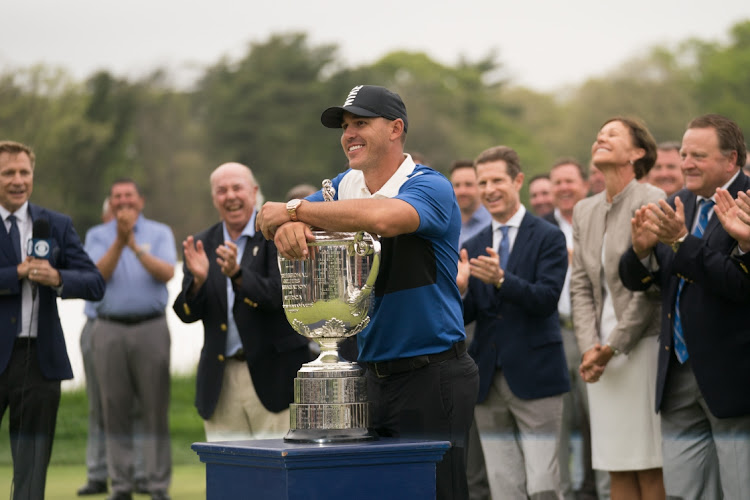 PGA Champion, Brooks Koepka with the Wanamaker Trophy during the final round of the 101st PGA Championship held at Bethpage Black Golf Course on May 19, 2019 in Farmingdale, New York. Picture: DARREN CARROLL / PGA OF AMERICA / GETTY IMAGES

New York — Brooks Koepka has gone from being an afterthought to the most dominant player in golf over the past two years, the quiet assassin who speaks softly but carries a big stick.

In a sport where players often blather niceties about how tough their competition is, Koepka is refreshing in that he does not mind acknowledging that his physical and psychological attributes are a cut above most of his peers.

The 29-year-old American told a media conference on Tuesday ahead of the PGA Championship at Bethpage Black that he could not think of any reason why would not win at least 10 Majors by the end of his career.

“I think sometimes the Majors are the easiest ones to win,” said Koepka. “Half the people shoot themselves out of it, and mentally I know I can beat most of them, and then from there it’s those guys left, who’s going to play good and who can win.

“I don’t see any reason I can’t get to double digits.”

Koepka is nearly halfway there after his two-shot victory over fellow American Dustin Johnson on Sunday, when he recovered from four consecutive bogeys to limp across the line thankful he had started the day with a seven-shot buffer.

It was Koepka’s fourth Major victory in his last eight starts — two US Opens and two PGA Championships — and nobody had previously gone from zero to four in such a short time. He now has the same number of Major titles as the perennially-hyped Rory McIlroy, who, for all his preternatural talent, has been stuck on four since 2014.

Among still active players, only Tiger Woods (15) and Phil Mickelson (five) have clocked up more.

“Phenomenal,” said Koepka. “It’s been a hell of a run. I’m trying not to let it stop. I mean, four of eight, I like the way that sounds.”

While Koepka is back in the spotlight after his latest feat, he feels his performances over the past two years have not received the accolades they deserved.

“I get Tiger was back, so it’s a little bit different,” he said, referring to Woods’ Masters victory in April that ended a decade-long Major drought. “It was just at a point where I’d felt like if other players had done that, it would have been a way bigger deal.

“There’s always a chip. I think every great athlete always has a chip ... It works for me. Why would I stray from that?”

Woods flavour of the month, but defending champion Koepka one to watch
Sport
2 years ago

'I finally did it,' says world No113 as top-ranked Dustin Johnson suffers meltdown
Sport
2 years ago
Next Article