Those that called for the step-aside rule to be scrapped failed to convince the plenary of 1,800 branch delegates at the party’s national policy conference 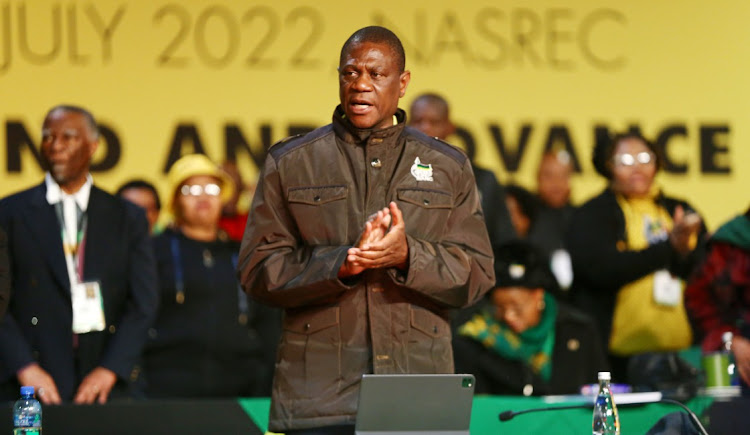 Opposition to the ANC’s step-aside rule, which calls for those facing criminal charges to step aside from their positions or be suspended, failed to gather momentum at the party’s national policy conference at Nasrec, south of Johannesburg.

Those that called for the step-aside rule to be scrapped, arguing it was used to fight factional battles, failed to convince the plenary of 1,800 branch delegates.

Several ANC leaders inside the plenary session on organisational renewal, which is set to continue until the early hours of Sunday morning, confirmed that “step aside has been reaffirmed.”

“The discussions in plenary have been very cordial this far. There are no disruptions ... comrades are allowed to state their views,” ANC treasurer-general Paul Mashatile, who is acting secretary-general, saidduring a media briefing on Saturday.

President Cyril Ramaphosa, in his opening speech to delegates on Friday, gave the strongest indication yet that the party won’t back down on the step-aside resolution, which is part of attempts by the ANC to renew itself after former president Jacob Zuma’s term at the helm, which was characterised by systemic corruption linked to state capture.

“To renew the ANC we must end a number of bad practices that have seeped into our organisation. This requires that we must fully implement our 54th [national congress] resolutions,” Ramaphosa said, referring to the national congress in which he was elected ANC president in 2017.

“On this there can be no going back and there can be no compromise. We cannot abandon our principled positions, for instance, on issues such as corruption, in pursuit of a false unity ... The people of SA will not forgive us if we abandon the correct positions that we have taken on confronting wrongdoing within our ranks.”

Multiple sources told Business Day that there was a small disruption inside the plenary on Friday night when those in support of scrapping the step-aside rule disrupted the conference by singing.

Insiders said a small group sang songs to disrupt the meeting for about three minutes, but they were soon drowned out by the majority.

While the step-aside issue seemed to be the elephant in the room, Mashatile said delegates did not need to “waste the whole day discussing step-aside”.

“People are complaining about water, roads. Those must be your priorities ... prioritise the people,” he said.

The president has urged delegates to the party's policy conference to come up with solutions to create jobs, end corruption and serve the people
Politics
1 week ago

If you boo, you get booted out, ANC chair Gwede Mantashe told Business Day
Politics
1 week ago