ANC to decide whether to rerun Ekurhuleni conference 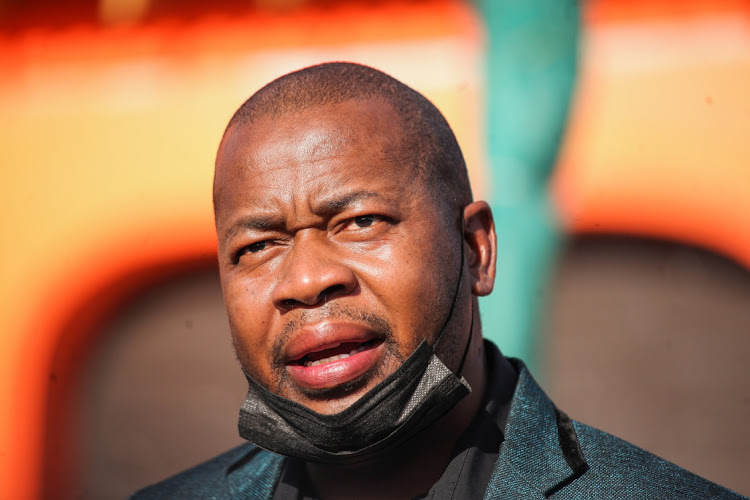 A special ANC national executive committee (NEC) meeting is expected to make a call on Thursday evening on whether or not the ANC Ekurhuleni conference that elected Mzwandile Masina as regional chair has to be rerun.

This comes after a report by Jeff Radebe into allegations of irregularities in the lead-up to the conference. It is said to have uncovered that there were 27 disputed branches instead of the reported five.

Radebe led a task team to look into 19 votes from at least five branches that were quarantined at the conference over disputes relating to the authenticity of branches.

Masina was announced as chair after preliminary results despite the quarantined votes that could sway the results.

Radebe’s report, presented to the ANC national working committee (NWC) on Monday, is said to have uncovered that there were more branches that were disputed but which were allowed to participate in the conference anyway.

Though Radebe’s report is said not to have called for the conference to be rerun, insiders said some of President Cyril Ramaphosa’s allies, including ANC national chair Gwede Mantashe, allegedly pushed for the meeting on Monday to take a decision to rerun the conference.

That, however, met fierce opposition from other NWC members including treasurer-general Paul Mashatile, who said these additional disputed branches were not officially recorded before the conference.

“Jeff is done with his report and has not recommended a rerun of the conference. But then you have officials who were divided when discussing this thing. [The] president wanted a rerun but Paul [Mashatile] said it can’t be fair that we go that route. Mantashe said ‘let’s go to the NEC’,” an insider who attended the NWC said.

According to this insider, opting for a rerun would be tantamount to completely ignoring Radebe’s report, which said that although it had potentially uncovered more disputed branches, the focus should be on the five branches that were recorded.

Another NWC member said it was not Ramaphosa but his allies who called for the conference to be rerun.

“There’s a campaign to project the president as being behind this thing but no. All of us were saying if we started this conference on shaky grounds then let’s rerun it,” the member said.

The unofficial results announced at the conference show Masina was set to secure a narrow victory for a third term as regional chair, after the conference at the Indaba Hotel in Fourways.

Preliminary results, which are yet to be officially endorsed, show Masina won by 163 votes against rival Doctor Xhakaza’s 151 votes.

“It has never happened in the organisation that a person is elected provisionally, what is that? That region was highly contested and those numbers are very close. If these numbers did not have the potential of affecting the outcomes of the conference then there would not be a crisis,” the source said.

He alleged that issues with the additional branches were made known on the eve of the conference but the organisers decided to ignore them.

He said at the special NEC meeting on Thursday evening, a final decision on the conference would be made.

Leaders in the Gauteng ANC said all they asked of the party was that the issue surrounding Ekurhuleni not affect its provincial conference set to start on Thursday.

They said the provincial conference was a conference of branches and not regions and that branch delegates from Ekurhuleni will be part of them.

However, the provincial conference will have to quarantine the same branches pending the finalisation of this process.

Information that TimesLIVE has been privy to shows the ANC in Gauteng will not meet the 70% threshold required for the sitting to take place should the special NEC meeting decide to nullify all the Ekurhuleni branches and the conference.

Postponement of ANC North West elections yet to be approved