Regional secretary Musa Nciki believes the region can retain two positions out of five because of its scale, however it has yet to suggest officials 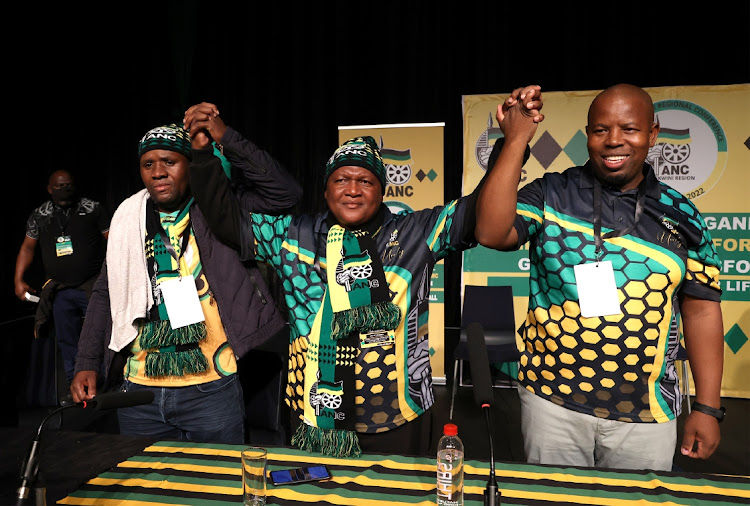 The ANC in eThekwini wants two positions in the provincial officials list of five to be from the region when the province elects leaders this year.

KwaZulu-Natal’s biggest ANC region is represented in the secretariat and treasurer positions in the provincial leadership collective whose term ends in July.

On Tuesday, regional secretary Musa Nciki said he believes because of its sheer scale, eThekwini can retain two positions out of the five.

“We will be persuading other regions to maintain two names for the officials. These names will be taken to branches for further engagement. It can be any position in proportion to the size of the region,” he said.

He emphasised the region is yet to come up with the two names and the process will begin traditionally at branch level.

Nciki said the branches will be guided by Through the Eye of a Needle, an ANC document that covers the election of leaders; it speaks to the quality of leaders and governance with diligence.

Nciki did not elaborate on how the same eThekwini region, which recently elected two corruption-accused individuals into top leadership, will navigate the document's matter of values going into the provincial conference.

The ANC in eThekwini had to put its deputy chairperson, Tembo Ntuli, in the position of chair, as elected chairperson Zandile Gumede could not assume office due to the party’s step-aside policy.

Gumede, who is also former eThekwini mayor, is standing trial in the Durban high court alongside 21 others accused of fraud, corruption and racketeering. She faces more than 2,000 charges related to a R320m solid waste project.

Announcing Ntuli’s assumption of Gumede’s role, Nciki reiterated that the former was elected by “delegates, using their democratic rights enshrined in the ANC constitution despite the step-aside policy”.

“In this regard, we wish to indicate comrade Thembo Ntuli will act on behalf of the chairperson. The secretariat and finance committee will carry out the responsibilities of treasurer,” he said.

Zoe Shabalala was elected treasurer, but also had to step aside due to corruption charges, a serious accusation which warrants the removal leaders from branches and government deployment.

Ahead of the provincial conference, Nciki said the region will also focus on rebuilding the organisation.

“Our last election performance was not good and therefore the new leadership will have to be led by activists with energy to win the province and unite the movement.

“We want a leadership [collective] that will help us rebuild the economy, which has been affected by Covid-19 and the recent devastating floods,”

The eThekwini ANC did not fault the  ANC leadership on any matter,  organisationally or on its governance.

If the economic populists in the ANC want a lesson in how ruinous foot-off-the-brake monetary policy can be, here’s a timely lesson from Sri Lanka
Opinion
3 weeks ago

Here’s how much ministers have allegedly spent on food, entertainment and accommodation under Ramaphosa

Over the past three years, while citizens endured lockdowns, the ANC allegedly spent over R1.4bn of taxpayers’ money on ‘partying’
National
3 weeks ago