SACP could not pay full staff salaries due to Covid-19 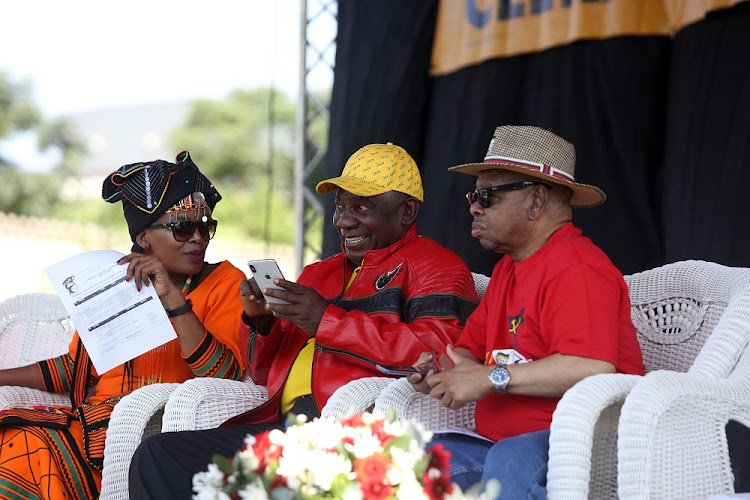 The SA Communist Party (SACP) says it could not pay its staff full salaries for four months due to retrenchments and difficulty in raising funds during the Covid-19 pandemic, but says it did make medical aid and provident fund contributions during the period.

The SACP is part of the tripartite alliance with labour federation Cosatu and the governing ANC, which has been dogged by organisational, administrative and financial challenges that have seen it struggle to pay its staff for months.

Employment & labour minister Thulas Nxesi, who is acting as the political head of the public service & administration department, is deputy chair of the SACP. Higher education minister Blade Nzimande is its general secretary.

SACP spokesperson Alex Mashilo said the party’s “stable source of funds”, made up of its monthly membership levies and contributions, “was severely affected after massive retrenchments and rising unemployment in the economy in the midst of the Covid-19 pandemic”.

Mashilo said the SACP’s financial woes were worsened by “extreme difficulty” in fundraising initiatives during the pandemic. “Many organisations that were approached in fundraising said they could not make donations as they were themselves affected. In the face of this situation, the SACP democratically consulted with its staff to reach consensus,” he said.

“It was agreed from the process that in months when the severe situation led to it not having funds to pay salaries in full, it could focus on ensuring, at a minimum, medical and provident funds payments [are paid] while continuing to explore alternatives to settle the balance and to ultimately overcome the entire situation. That was ensured, with the months that were affected in different occurrences, not necessarily successive, being four.”

Mashilo said there was never a continuous period of six months when the SACP did not pay staff salaries, adding that the last salary run was in March.

In a statement, Cosatu spokesperson Sizwe Pamla said the SACP, as the vanguard of the working class, should be championing working-class struggles. Its failure to pay staff salaries undermined its credibility in the eyes of workers, he said.

“It is totally unacceptable that the leaders of the SACP sit in parliament, collect exorbitant salaries, pass our labour laws, and then proceed to disregard them. The fact that the deputy chairperson of the SACP is the minister for employment and labour and the custodian of our labour laws is scandalous,” Pamla said.

“This tells employers across the economy that they don’t need to bother with respecting workers’ rights and abiding by our labour laws. A leadership guided by socialist ideals and principles should always make sure that workers are not cheated out of their salaries, even if it means sacrificing their own ministerial salaries.”

The SACP, Cosatu and the ANC will hold their national elective congresses to elect new leaders in July, September and December respectively.

TOM EATON: On the origin of the ANC and other species